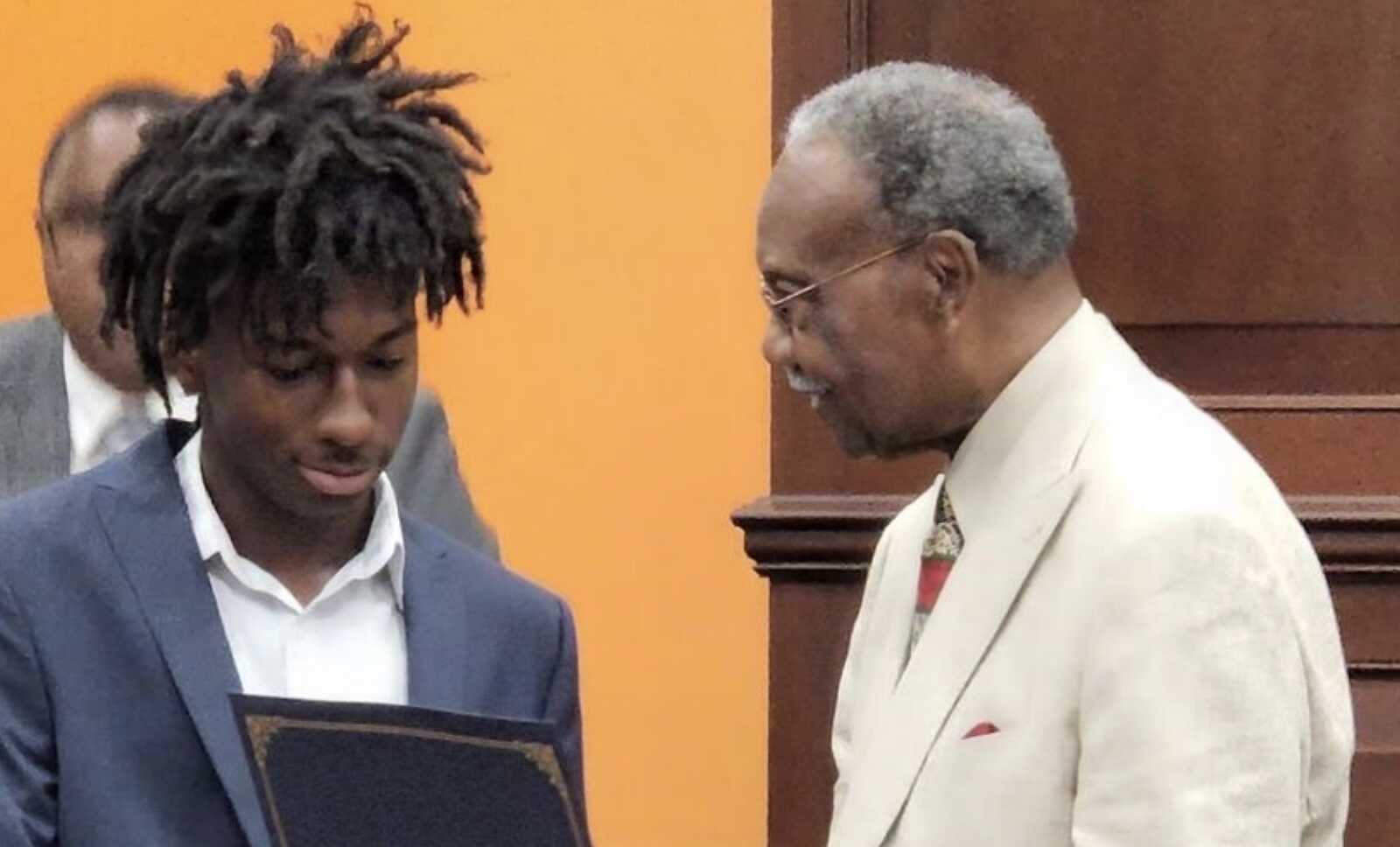 A Mississippi teenager dove into the Pascagoula River early Sunday and helped rescue three girls after their car went off the boat launch into the river.

Corion Evans, 16, also helped rescue a police officer who’d responded to the situation but was pushed underwater when the girl he was helping panicked.

City of Moss Point Mayor Billy Knight presented both Evans and Officer Garry Mercer Certificates of Commendation at a Tuesday night meeting of the Board of Aldermen.

Evans told WLOX he saw the car go into the water at about 2:30 a.m. on Sunday, floating for a moment before it began to sink.

“They drove straight under the water,” Evans said. “Like, only a little bit of the car was still above the water.”

“I was just like, ‘I can’t let none of these folks die. They need to get out the water’. So, I just started getting them,” he said. “I wasn’t even thinking about nothing else.”

Moss Point police said the driver of the car said she was following her GPS and didn’t realize she was driving into the river.

Mercer said he believed Evans was already in the water when he arrived. Evans told WLOX he stayed behind the girls, guiding them to shore, and then spotted Mercer struggling. He went back and helped Mercer get to shallower water where they could again walk.

Moss Point Police Chief Brandon Ashley released a statement commending “Evans’s bravery and selflessness he displayed by risking his own safety to help people in danger.”

“If Mr. Evans had not assisted, it could have possibly turned out tragically instead of all occupants rescued safely,” the chief said.

Mercer and the girls were all taken to a hospital directly after the incident are are now recovering. Ashley said Mercer would be back on duty later this week.

Evans’s mother, meanwhile, said she was proud of her son.

“I was really proud of Corion because he wasn’t just thinking about himself. He was trying to really get all those people out the water,” Marquita Evans said. “I’m glad nothing happened to him while he was trying to save other people’s lives.”