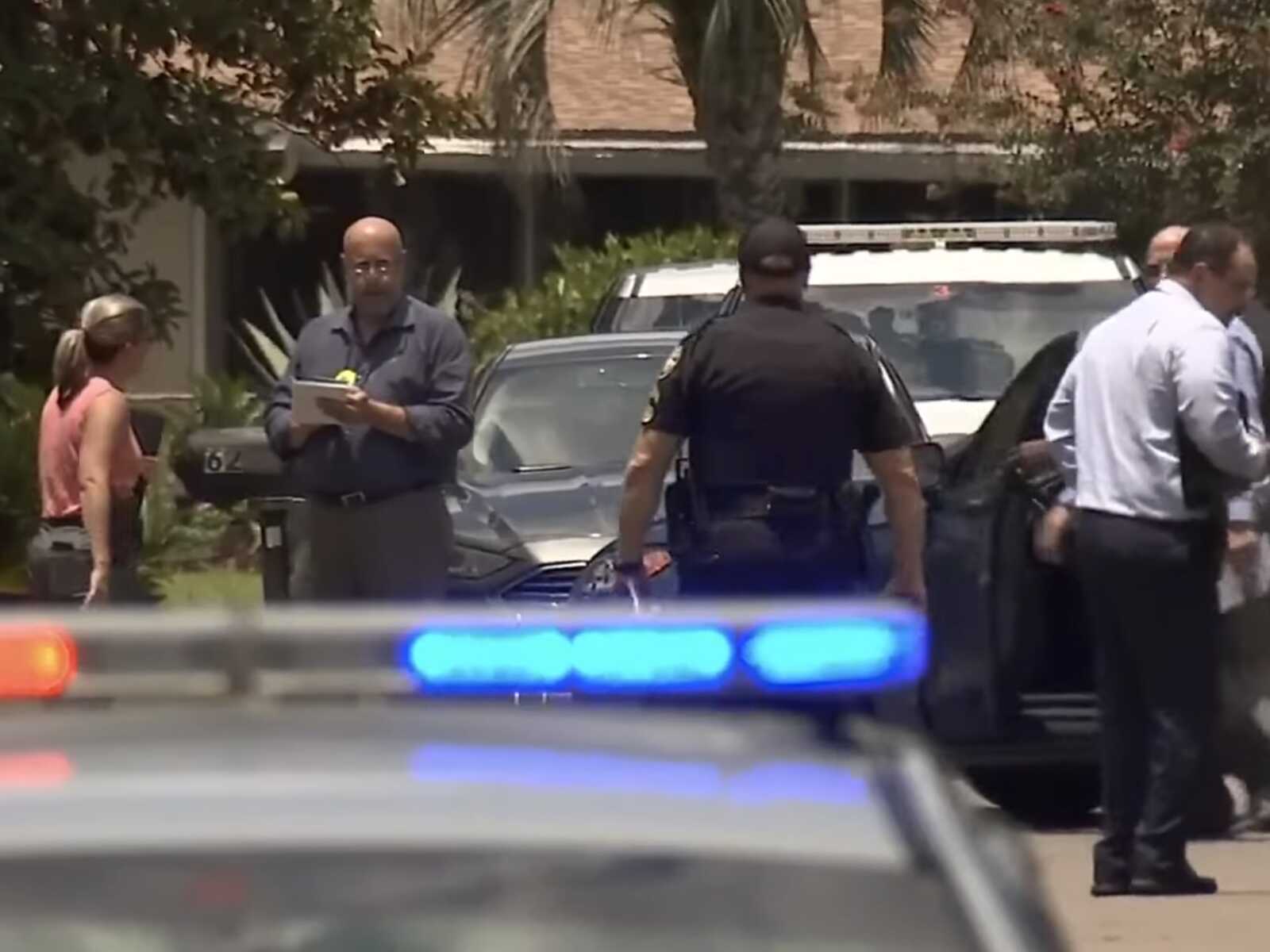 A man killed a Jacksonville, Florida, resident and shot at another Thursday morning in what investigators say was a “random” shooting.

The Jacksonville Sheriff’s Office said the man, who has not yet been positively identified, was subdued by a K-9 that he fought with before officers were able to handcuff him.

“Striking him, potentially trying to gouge them, gouge his eyes,” Chief of Investigations Brian Kee told WJXT. “Officers then try to get him handcuffed while the K-9 was trying to apprehend him. He was kicking and punching.”

The man hospitalized in critical but stable condition, Kee said.  He’s been charged with attempted murder and three counts of aggravated assault on law enforcement officers and has a murder charge pending.

“We’re still doing the background to figure out what, why this individual did these things. We have no idea, but we are looking into it and, obviously, very curious as to what the motive was,” Kee said. “But it does appear random. There’s no connection that we can find at this point so far.”

Kee said that 911 callers reported gunshots at about 9 a.m. A man armed with a rifle was firing shots, and when a resident came out to see what was going on, he was shot and killed.

Another man called 911 and was lowering his blinds when he made eye contact with the shooter, who fired toward his home. Kee said he wasn’t hit.

Police arrived at the scene and found the suspect lying on the ground, apparently on his rifle.

Other neighbors told WJXT that the neighborhood where the shooting took place was normally quiet and peaceful.