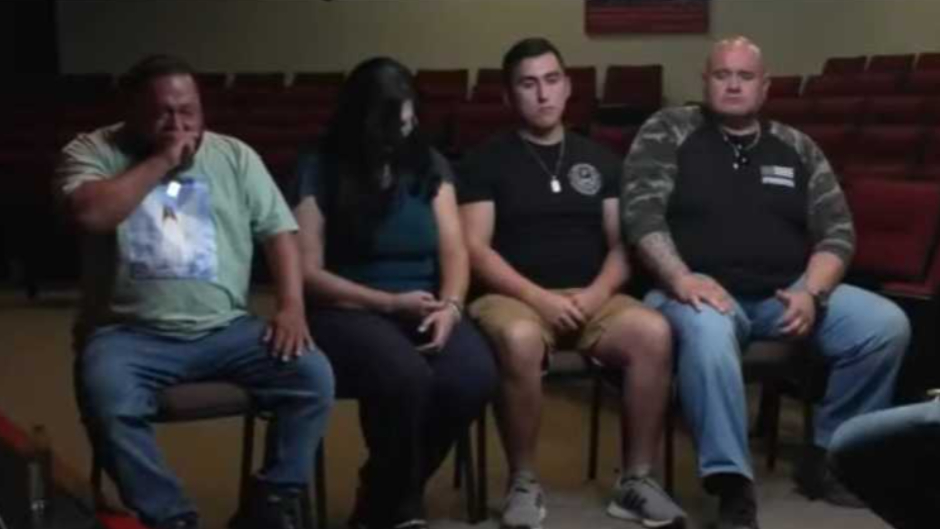 ‘Those officers that were in those hallways, I want them to resign.’

Several family members of the 21 people killed at Uvalde Elementary School in Texas have spoken out against the police response to the mass shooting that killed 19 children and two teachers.

Speaking with CNN, Cristian Garcia and Jacinto Cazares called the officers who failed to confront gunman Salvador Ramos “cowards.” Garcia said the police officers who stood in the hallway for more than an hour — mere feet from where the shooter had barricaded himself in an unlocked classroom — should resign.

“Why did my mom have to go to the door and look death in the freaking eye and try to lock that door?”

Cristian Garcia is the son of Irma and Joe Garcia; Irma, a teacher, was fatally shot at the elementary school, while Joe died of a heart attack two days later. Jacinto Cazares is the father of Jacklyn Jaylen Cazares, 9, who was fatally shot in the heart by the gunman.

“She fought hard to stay alive. And these cowards couldn’t go in,” the slain girl’s father told CNN.

“Who knows how long she was like that? But she had fight in her.”

CNN reported that the victims’ families have never been personally briefed about the shooting. The families also claimed that prosecutors texted them about the release of the latest state report, which revealed that a police officer sought to shoot Ramos, but it took too long to get permission from his supervisor.

Advanced Law Enforcement Rapid Response Training (ALERRT) Center penned the latest report, which heavily scrutinized law enforcement’s handling of the deadly mass shooting. Mayor Don McLaughlin has publicly disputed the first part of the report, which found that a supervisor never gave an officer who spotted Ramos the OK to shoot him, despite the gunman being seen with a rifle outside the elementary school.

“No Uvalde police department officer saw the shooter on May 24 prior to him entering the school,” McLaughlin said in a statement issued to CNN. “No Uvalde police officers had any opportunity to take a shot at the gunman.”

Days earlier, however, McLaughlin told CNN that he is not confident in the Department of Public Service’s ongoing investigation into the shooting at Uvalde Elementary School, going as far as to suggest it was a “cover-up.” The mayor also urged Governor Greg Abbott to intervene in the investigation, as he also believed DPS director Col. Steven McCraw was possibly protecting other agencies.

Similar to the victims’ families, McLaughlin told CNN that he has not been briefed since the day of the shooting.

Previously, McCraw called the response to the May 24 shooting an “abject failure” which he blamed on Pete Arredondo, 50, chief of the Uvalde police school district. McCraw said Arrendondo failed to promptly confront gunman Salvador Ramos despite being the on-scene commander and had what he needed to go into the classroom where the gunman was within three minutes.

Last month, Arrendondo told the media that he did not bring his two radios as he believed they would weigh him down. He also claimed he spent an hour trying to unlock a classroom door that separated him and the gunman.

However, officials now believed Ramos had barricaded himself in an unlocked classroom, and students waited more than an hour to be rescued.

Security footage reportedly showed that police never tried to open the classroom door. If true, it would contradict Arredondo’s claims that he spent an hour in the hallway trying to locate a key that would open the door.

The slain teacher’s brother, Lozano, told CNN, “It’s a given that my sister [Irma and] Ms. Mireles — the adults are gonna be the first…because they pose the biggest threat to him. But all those babies should never have died.”