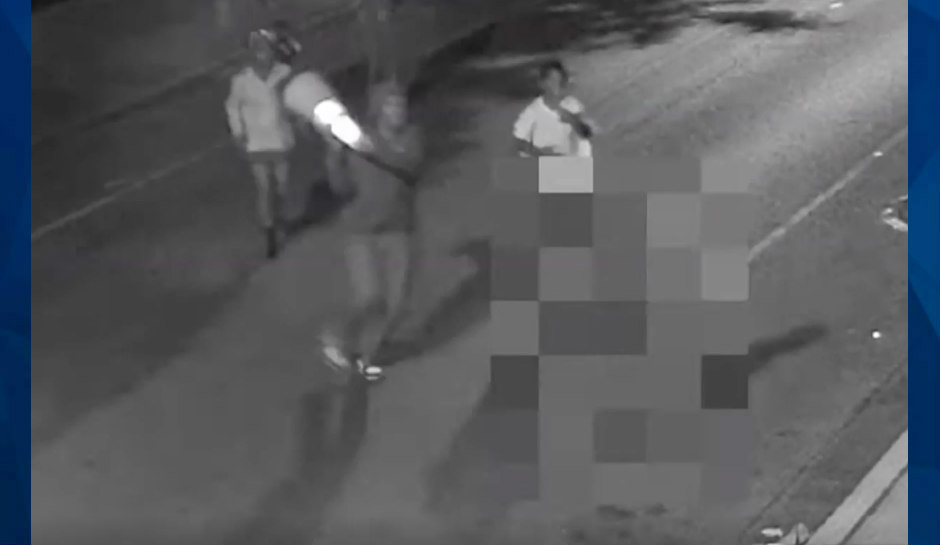 Police in Philadelphia on Friday released a disturbing video of a group of teenagers brutally beating an elderly man to death with a traffic cone, NBC 10 reports.

The recording shows the victim, 73-year-old James Lambert, attempting to walk across Cecil B. Moore Avenue shortly before 3 a.m. on June 14. Seven teens – four boys and three girls – can be seen following Lambert, with one of the teens throwing the traffic cone at him from behind.

The force of the cone knocked Lambert to the ground, at which point a teen girl grabbed the cone and threw it again at the man. Lambert got up and attempted to flee from the attackers, but the same teenage girl again picked up the cone, chased the man, and hurled it at the victim.

Medics rushed the victim to a hospital, where he died the next day because of injuries from the attack.

Investigators believe the same group of teens later gathered again and mocked someone who appeared to be stumbling, according to the station.

Lambert’s niece, Tania Stephens, said she can’t comprehend the circumstances that led to her uncle’s death.

“I just don’t understand what’s going on in our city,” Stephens told Fox 29. “He’s walked that path for 60, 70 years of his life, and for his life to be snuffed out like that is just unbelievable.”

“Where were the parents?” she added. “I realize people have to work and people have to do what they do, but there should be some structure – apparently there isn’t any.”

The incident has so shaken Stephens that she said she is now afraid she could also be harmed.

“Today I walked my dog and there were three kids, and I was terrified,” Stephens told WTXF-TV.

As of Friday, police had not yet arrested any of the teens. A $20,000 reward is being offered for information that leads to their capture.

Anyone who encounters the teens is urged to call 911 immediately. To report information about the case, call the Philadelphia Police Department at 215-686-8477.