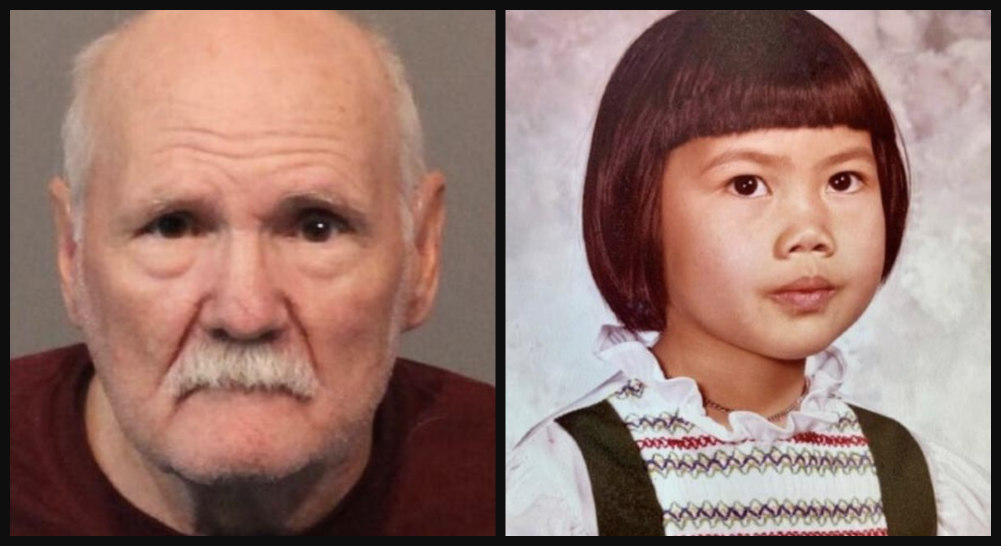 Authorities say they have cracked a cold case involving a young California girl who was kidnapped, raped, and murdered 40 years ago, KION-TV reports.

Five-year-old Anne Pham went missing on a rainy morning on January 21, 1982, while she was walking to Highland Elementary School in Seaside. Two days later, a military investigator looking for an illegal marijuana grow came upon her body near a ditch at Fort Ord on Monterey Bay.

It would take four decades, but officials say they now believe they know who is responsible: 70-year-old Robert Lanoue, who was charged this week with Pham’s murder.

A task force reopened the case in 2020 and relied on a new type of DNA testing that was not available at the time of earlier investigations, according to the Monterey County District Attorney’s Office.

“This family has gone so long without any answers about what happened to Annie. They just knew it happened,” Monterey County District Attorney Jeannine Pacioni told KION-TV.

“In the particular case, we knew that there was evidence in the Seaside Police Department and that we could pull DNA from. We started with a type of evidence that has never been used before in court, and it identified a sequence of DNA that we were able to connect to Mr. Lanoue.”

Pham had lived just down the street from the school, so her parents allowed her to walk there alone.

At the time of the killing, Lanoue was 29 years old and lived just a block and a half from Pham. He was an army sergeant who was stationed at Fort Ord.

Police secured an arrest warrant on Wednesday. Lanoue is reportedly a convicted child molester who had been released on parole before his arrest this week. He has been living in Reno, Nevada, and is being held there until he is extradited to California.

Prosecutors are charging Lanoue with first-degree murder with special circumstances, alleging that he not only killed the girl but also kidnapped her and committed a lewd act, according to KSBW-TV.

Seaside Interim Police Chief Nick Borges is asking for the public’s help to provide information about what happened that day in 1982 so authorities can better establish a timeline. There may be witnesses who saw something.

“Whoever is responsible for this is a monster,” Borges told KION-TV.

To report information about the case or Lanoue, call the Monterey County District Attorney’s Office at 831-755-5070.