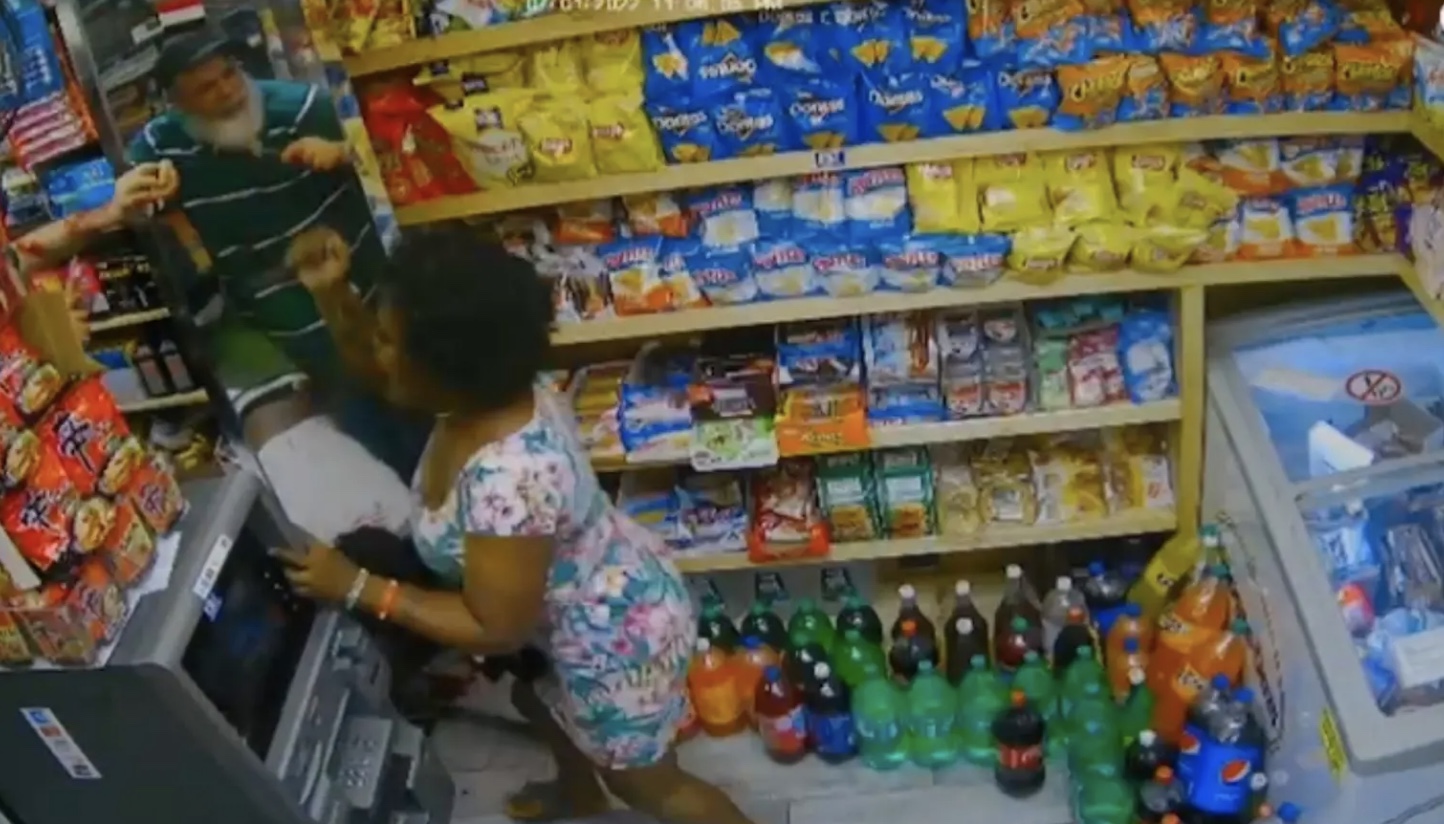 New video appears to show a bodega worker stabbed by the girlfriend of the man he’s been charged with killing during a Friday night robbery.

Jose Alba, who worked at the Hamilton Heights grocery, was initially jailed on a $250,000 bail for killing 37-year-old Austin Simon, who attempted to rob the store when his girlfriend’s EBT card was declined.

After an outcry from the public, however, Alba’s bail was reduced to $5,000 — with strict conditions — because he had no criminal record while Simon was a convicted felon, as CrimeOnline previously reported.

The new video, obtained by the New York Post, shows the scene from the customer side of the counter — with the scuffle between Alba and Simon seen in a mirror.

Simon’s girlfriend, who has not been named or charged, appears to take a knife from her purse and try to stab Alba.

The clerk’s attorney said at his court appearance last week that Alba was stabbed three times in the shoulder and hand.

Earlier video, shot from behind the counter, shows Alba attempt to ring up the girlfriend’s purchase. Sometime later, Simon enters the store and marches behind the counter to confront Alba, who tells him, “Papa, I don’t want a problem, papa.”

They scuffle, including Simon slamming Alba into a wall, and Alba grabs a knife from a candy shelf and repeatedly stabs Simon. The girlfriend at one point reaches and and grabs his arm, then appears to take a knife and stab at the clerk.