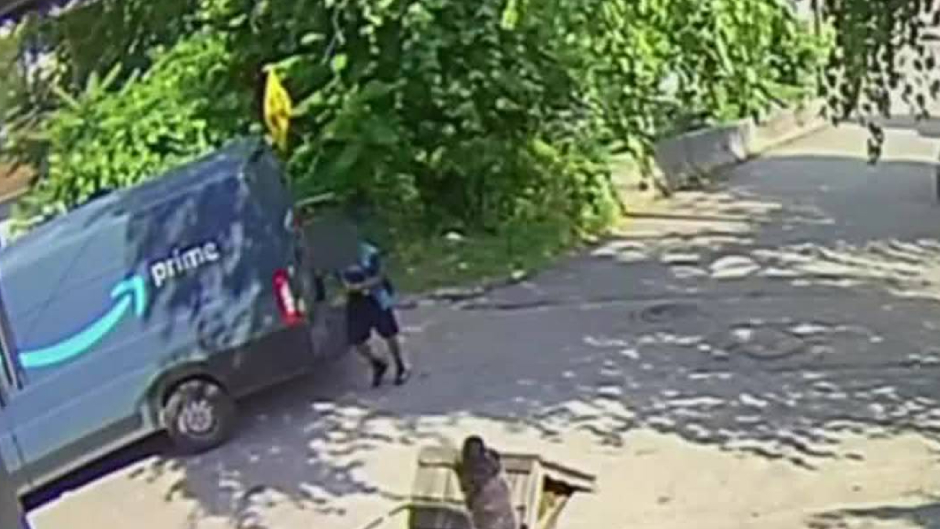 ‘I Smelled it and Tasted it’: Amazon Driver Poops in Street While on Delivery Route

An Amazon delivery driver in Pennsylvania allegedly defecated on a public street while on the job.

Millvale resident Michael Gunde told WPXI that the incident unfolded in front of his home on Sunday. Gunde’s Ring doorbell camera reportedly caught the Amazon driver exiting his truck and walking to the side, where he stays for several minutes before throwing something away and driving off.

“I smelled it and tasted it. I couldn’t get that taste out of my mouth for like two hours,” Gunde told the news outlet. “I was standing in another man’s fecal matter. Anybody would be angry.”

A Millvale Homeowner is angry after he claims an #Amazon Delivery Driver used his street as a restroom. How he says, he caught the driver and what he wants to be done on @WPXI Tonight At 11. pic.twitter.com/b5wbcAiglA

WPXI reported that after Gunde’s granddaughter tracked fecal matter into their car, Gunde accessed the surveillance footage and confronted the driver, who was still delivering packages in the neighborhood. The driver allegedly denied leaving a poo-stained napkin in front of Gunde’s home.

“You left the evidence with your fecal matter on it, my man,” Gunde recalled telling the driver. “Nobody else rode by and did that.”

Gunde reportedly gave the driver a hose to clean up the mess, but the fecal matter got on Gunde’s shoes and car.

Gunde told WPXI that he was on the phone with Amazon’s customer service for hours but got no answers. Meanwhile, a company spokesperson told WPXI that the incident remains under investigation.