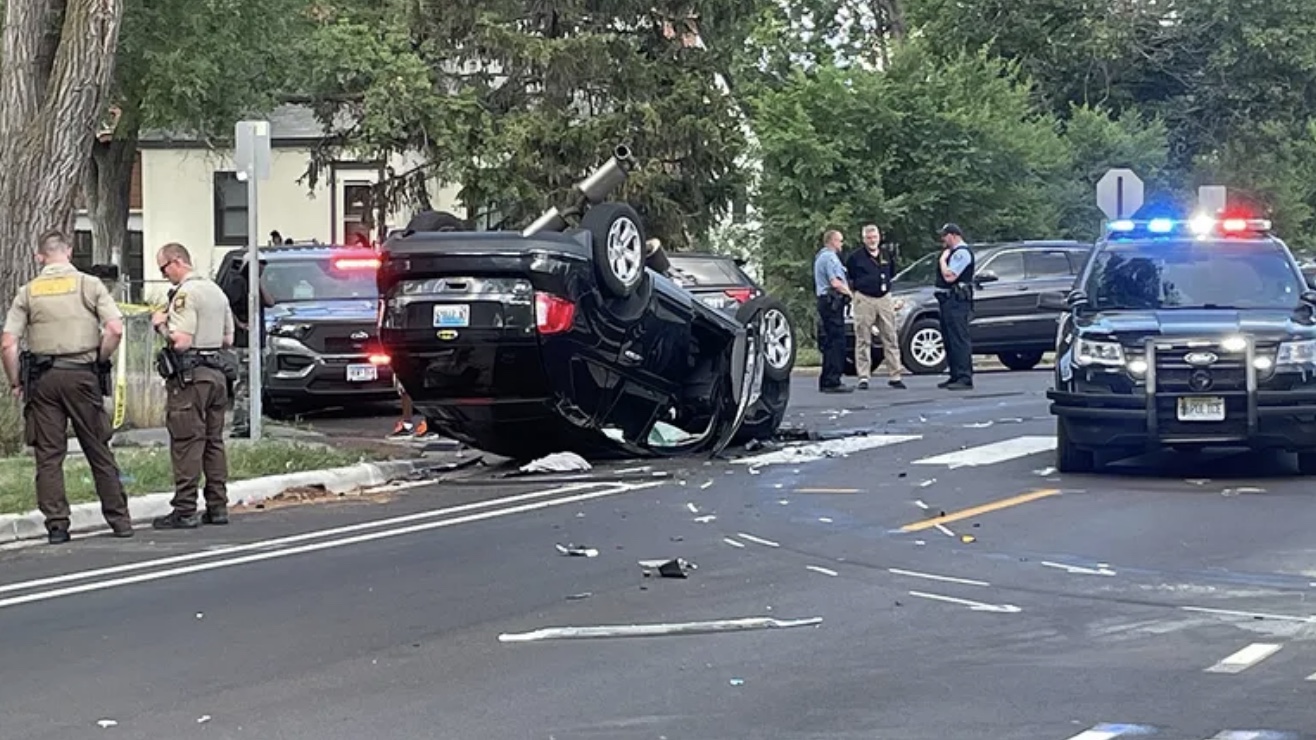 A Minnesota murder suspect slammed into a car carrying a mother and her four children while fleeing police Friday afternoon, killing a 6-year-old girl.

The Hennepin County Sheriff’s Office said a 15-year-old girl is still hospitalized while the mother and her other two children had been treated and released.

The suspect, who has not been identified, was arrested and taken to a hospital for treatment of his injuries as well. He was still hospitalized Saturday evening.

Ryan West, who lives nearby, told KMSP that the family in the car were all wearing swimsuits “like they were either going to or coming from a beach day minding their own business, and then this guy slams into them.”

Brooklyn Center police said they initiated the pursuit shortly after 4 p.m. and called for help from the Minnesota State Patrol helicopter. The tried to use a tire-deflating device to stop the driver, but failed.

Police said at one point, he was driving 70 mph in a 30 mph zone. Police said they were following but had not attempted a PIT maneuver to stop him.

After the collision, the family’s car came to rest on its top.

The suspect was the only occupant in the fleeing vehicle.