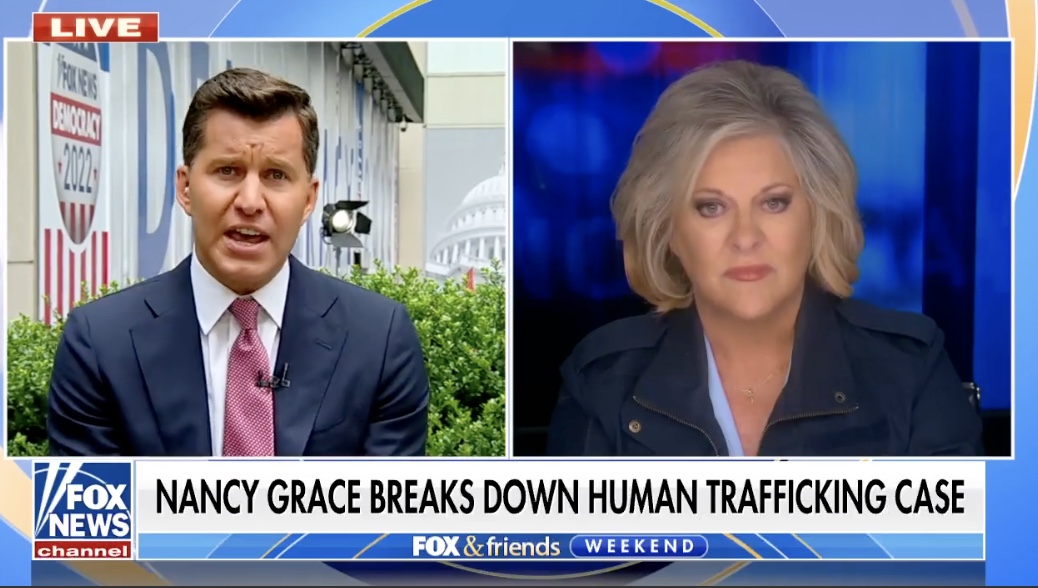 CrimeOnline’s Nancy Grace takes a look at the sex trafficking of a teen girl abducted from a Dallas Mavericks game earlier this year in a new FoxNation report, “Taken: A Nancy Grace Investigation.” She tells Fox News that parents are right to be concerned.

“This teen girl goes with her dad to the Mavericks game. Around halftime she gets up and goes to the bathroom,” Grace explains. “Can you imagine? You’re sitting there, sitting there, looking up at the clock above in the arena and you realize she doesn’t come back.”

Frantic, the father goes to security, contacts the police. Six days later, he’s in touch with the Texas Counter-Trafficking Initiative, a non-profit organization set up to help families and law enforcement tackle commercial sex exploitation of juveniles. Within a few hours, the initiative finds the girl.

The initiative contacts Oklahoma City Police — 200 miles from where the girl was abducted.

Grace called the case “heart-breaking and very serious,” and one that can’t be ignored.

“I can tell you I took the twins to a Braves game, and I went with them to the bathroom,” she tells Fox of her own children. “My son is 6-6, and I stood outside calling his name until he came back out. That’s crazy, right? It’s not.”

“And you can imagine what I’m going through with my daughter, who is this age of this little girl. We think it’s not happening. It’s happening right under our noses.”