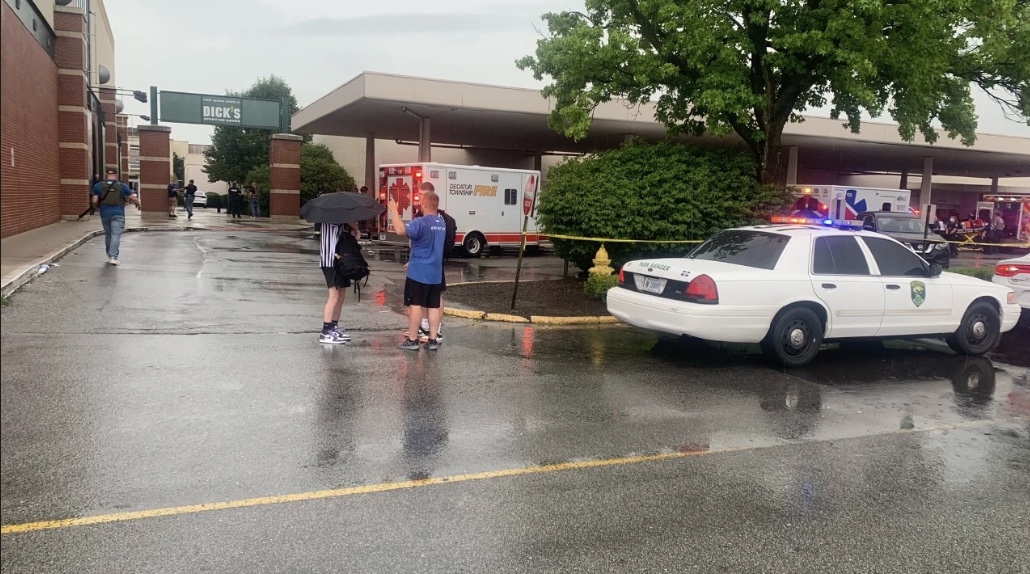 Indiana Mall Gunman Kills 3 Before Witness Guns Him Down

A man with a rifle entered a suburban Indianapolis mall and opened fire late Sunday afternoon, killing three people and wounding two others before a witness shot and killed him.

Johnson County Coroner Michael Pruitt said early Monday that the gunman killed two men and a woman and that his office is working on positive identification of the victims, WTHR reported.

Greenwood Police Chief James Ison said the two wounded people — including a 12-year-old girl — were being treated at local hospitals. The girl went home immediately after the shooting, Ison said, and later went to the hospital for treatment for an injury to her back. Both wounded victims are in stable condition.

“This has shaken us to our core. This isn’t something we’ve seen in Greenwood before. It is absolutely horrendous,” Ison said.

The witness who stopped the shooter was a 22-year-old man from Bartholomew County who was legally carrying a handgun, police said, although mall policy prohibits weapons of any kind, WXIN said.

Officers were called to the Greenwood Park Mall at about 6 p.m., police said. Witnesses described hearing 20 to 30 gunshots, all apparently in the mall’s food court, police said.

The shooter, whose identity has not yet been released, was carrying multiple magazines, investigators said.

Authorities are expected to release more information at a news conference later on Monday.