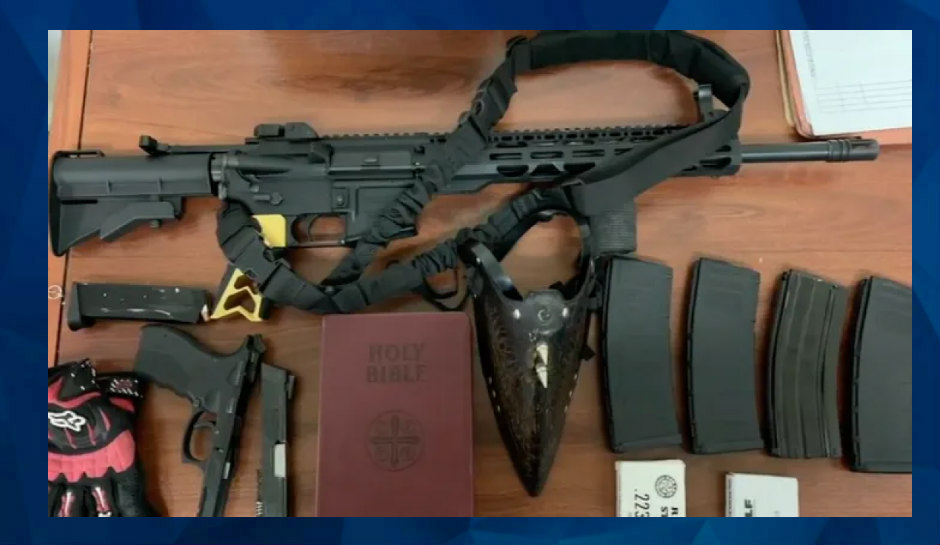 A Texas police officer whose swift actions likely prevented a mass shooting earlier this year is speaking out about the ordeal, the Houston Chronicle reports.

The newspaper recently interviewed Houston Sgt. Kendrick Simpo about the incident on February 5 at The Galleria mall.

A children’s dance competition was occurring at the time when Simpo, working a second job as a security guard, was notified about a man with a rifle. The man was wearing a leather mask with spikes.

Simpo told ABC 13 that he and another guard quickly went to the location where the man was spotted but took care not to disrupt the dance competition or startle the children and their families.

“I did know there was a dance competition with little kids going on at the Westin Ballroom, so I didn’t pull my weapon out because I didn’t want to be running towards the Macy’s area, which is past the ballroom area, with the gun out and startle anyone,” Simpo told the television station.

When Simpo spotted the suspect, later identified as Guido Herrera, he didn’t hesitate to do what was needed.

“I quickly bum-rushed, tackled him. And my first reaction was to make sure that I get a hold of the rifle. No matter what I grabbed, make sure I grabbed that rifle,” Simpo told KTRK-TV.

“I had in my mind (that) I was going to get shot. I just had to bear the pain. I knew it was going to hurt, and I was like, ‘Whatever I do, I cannot let go of this rifle.’”

Simpo went on to explain that he knew he was outgunned because the man had a rifle with 120 rounds of ammunition.

But he was able to keep Herrera’s gun pointed up while attempting to detain him. Additional security staff and police officers arrived and arrested Herrera without any shots fired.

“I definitely know what I signed up for 20 years ago when I got into this profession,” Simpo told the television station.

In addition to the rifle and ammunition, Herrera also brought a handgun and Bible to the mall. He was charged with a misdemeanor and a judge sentenced recently to one year in jail.

One month after the mall incident, Herrera allegedly went to the FBI field office in Houston and asked to meet with the FBI director. Police found a gun inside his vehicle and he was charged with only a misdemeanor because he had not shot or pointed the weapon at anyone.

Herrera’s lawyer, Armen Merjanian, said his client is a “gun-loving Texan” who was exercising his right to possess weapons, the Huffington Post reports.