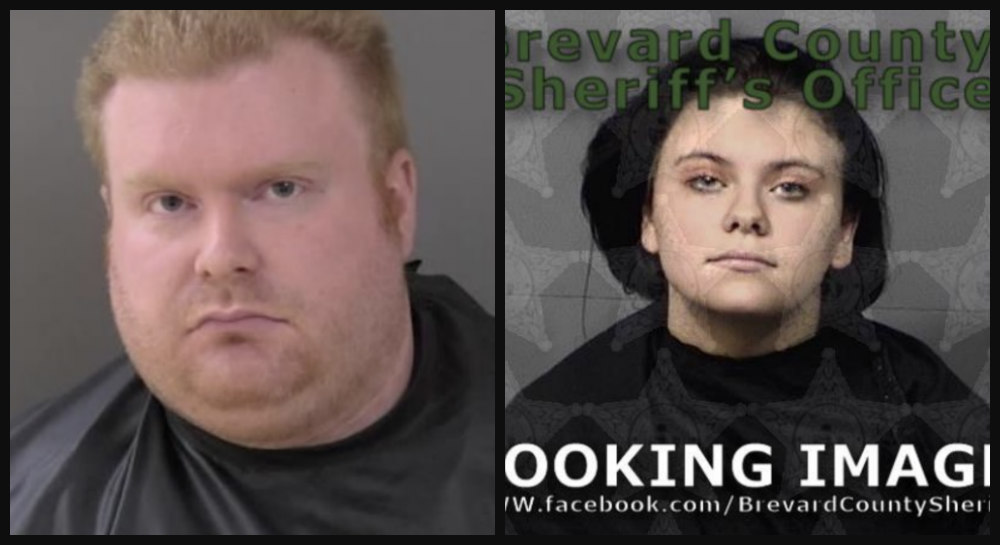 A Florida man and woman allegedly paid underage girls to have sex with them and in some cases recorded the encounters, WPTV reports.

Dinkels faces two counts of human trafficking and one count each of lewd and lascivious battery, unlawful sexual activity with minors, use of a child in sexual performance, and unlawful use of a two-way communication device to facilitate the commission of a felony and battery.

Brandt faces two counts of lewd and lascivious battery and one count each of human trafficking, use of a two-way communication device to facilitate a felony, and use of a child in a sexual performance.

Police allege that the pair recruited three girls under the age of 18 to engage in sexual activity with them in exchange for money. Dinkels also recorded the sex acts in some instances with a camera, according to the television station.

One of the victims was in foster care, Florida Attorney General Ashley Moody said.

“This sick criminal duo used social media to target and lure young girls for sex, including a 14-year-old from a foster home,” Moody said in a statement. “I am thankful for the multiple law enforcement agencies that investigated this case, and I look forward to my Statewide Prosecutors securing convictions for these loathsome predators.”

Police began investigating after a worker at a group home in Oviedo observed a girl laughing with another juvenile about something she had seen on her phone, Florida Today reports.

The worker determined that the phone was showing images of the girl smoking, drinking and taking LSD, and that a video also showed the teen and a woman later identified as Brandt kissing.

Brandt allegedly confided with a friend over social media that she made “hella money” to engage in sex acts for Dinkels, who has reportedly described himself as a “sugar daddy” and paid hundreds of dollars for the sexual contact, the newspaper reports.

Authorities believe that Brandt met Dinkels on social media and offered to pay cash to record the sexual activity. Dinkels picked up Brandt and two other people in January in Palm Bay and then went to a hotel in West Melbourne.

Dinkels has reportedly denied knowing that some of those involved were underage.

Florida Department of Law Enforcement Commissioner Mark Glass said the arrests should serve as a clear warning that such conduct will not be tolerated.

Predators who take advantage of children like this have no place in our communities, and I hope this arrest sends a warning to anyone else who might seek to exploit Florida’s youth. I am proud of the work of our members and our criminal justice partners to ensure these suspects are held accountable for their criminal actions.

Authorities arrested Dinkels and booked him into the Indian River County Jail on Wednesday; Brandt was booked into the Brevard County Jail on Saturday. Both are being held without bond until their first court appearance.

Brevard County Sheriff Wayne Ivey called for Dinkels and Brandt to be sent to prison.

“Anyone who is evil enough to harm a child needs to be locked behind bars where they can never harm another child in our community or anywhere else on the planet,” Ivey said in a statement.