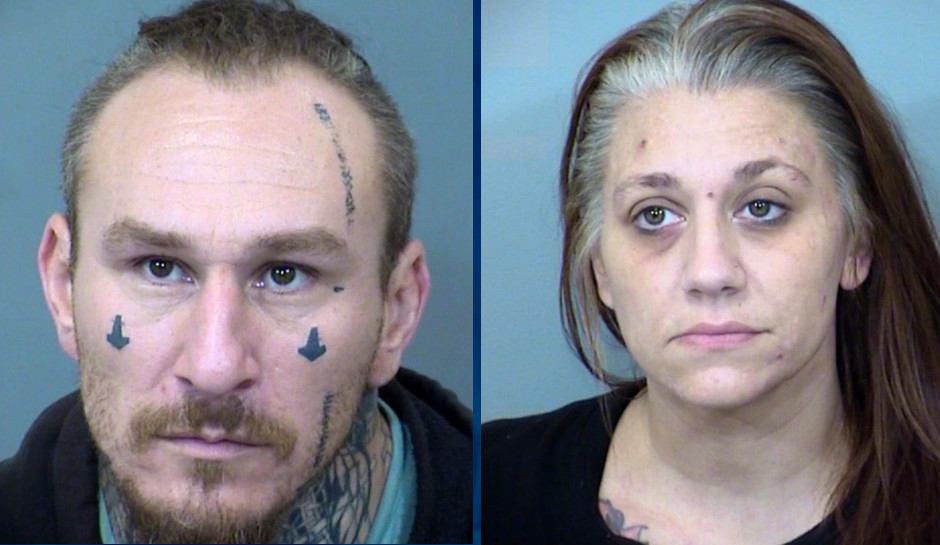 An Arizona couple has been arrested after an anonymous tip led police officers to their home, where they found their three children living in a filthy house without food or running water and not going to school.

The investigation began in February, when a caller told the Maricopa County Sheriff’s Office that the three young girls were visiting the homes of neighbors to ask for food and water, KTVK reported.

According to court documents, deputies who visited the home found trash everywhere and little food, a toilet filled with feces, and no running water.

Katrina Johnson told investigators that she fed her children and had enrolled them in online classes. The girls were taken to a family member’s home to bathe, she said, admitting that the family’s living conditions were neglectful but saying they were unable to pay high fines from Mesa’s water department, so the water was shut off. The family moved into the home, she said, because “they had no other options,” the court documents said.

As they continued the investigation, detectives spoke directly with the children. Two of them backed up their parents’ stories, but the third did not. She told investigators her parents couldn’t afford to buy food, so she was frequently hungry, and that her older sister often asked for food and water from neighbors, the court documents said.

Further investigation revealed that two children had been enrolled in school but were dropped from the rolls because of excessive absences; the third was never enrolled.

At a second interview with investigators, Johnson said “bad choices and even pure laziness” had led to the children’s lack of school attendance. And, the court documents said, she told detectives her mother gave her money, but she used it buy drugs.

Edwards and Johnson were arrested on Monday and charged with several counts of child abuse.