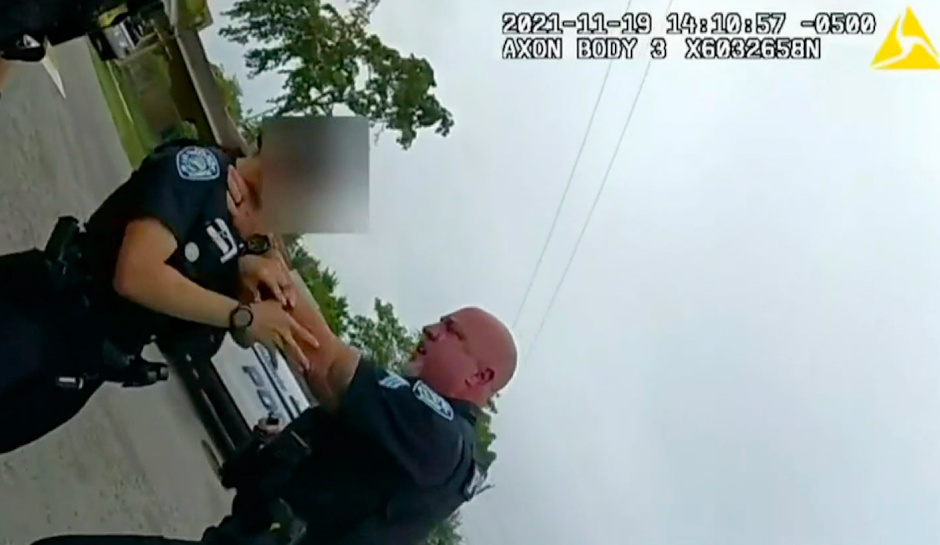 A Florida police sergeant seen on body camera footage putting his hands on female officer’s throat last year was arrested on Thursday and charged with assault on a police officer.

Christopher Pullease, 47, was also charged with tampering with evidence, battery on a police officer and assault, WPLG reported.

Pullease has been on administrative leave since an investigation began after the footage of the November 19, 2021, incident surfaced in January.

Sunrise Police Chief Anthony Rosa said officers were called to a convenience store that day for a suspect who had allegedly battered several people. Officers on the scene struggled to get the man into a patrol car, but eventually were able to subdue him.

“Once the suspect was inside the patrol vehicle, the sergeant approached and engaged in a verbal altercation with the suspect in a manner that I feel was inappropriate and unprofessional,” Rosa wrote in a statement. “This supervisor escalated the encounter instead of de-escalating an emotionally charged situation.”

In the video, Pullease is seen holding his can of pepper spray as he aggressively speaks with the suspect in the back of the police vehicle. At that point, a female officer became concerned with the volatility of the situation and runs up to Pullease, grabs him by the belt, and pulls him away from the suspect and police vehicle.

Pullease turns around and grabs the officer by the neck and pushes her backwards. When he lets go, he returns to the patrol vehicle, slams the door and points and yells at the officer who pulled him away.

“If convicted, the maximum possible penalties are five years in state prison for felony battery on a law enforcement officer, one year for assaulting a law enforcement officer, and 60 days for assault on a civilian,” the attorney’s office statement said, adding that Pullease is also accused of tampering with evidence — in particular his cellphone — in January and faces another five years if convicted on that count.

Sunrise police released a statement also saying that “further determination with regards to the employment of Sergeant Pullease will be made in accordance with Florida State Statute 112.532, due process, and the collective bargaining agreement.”