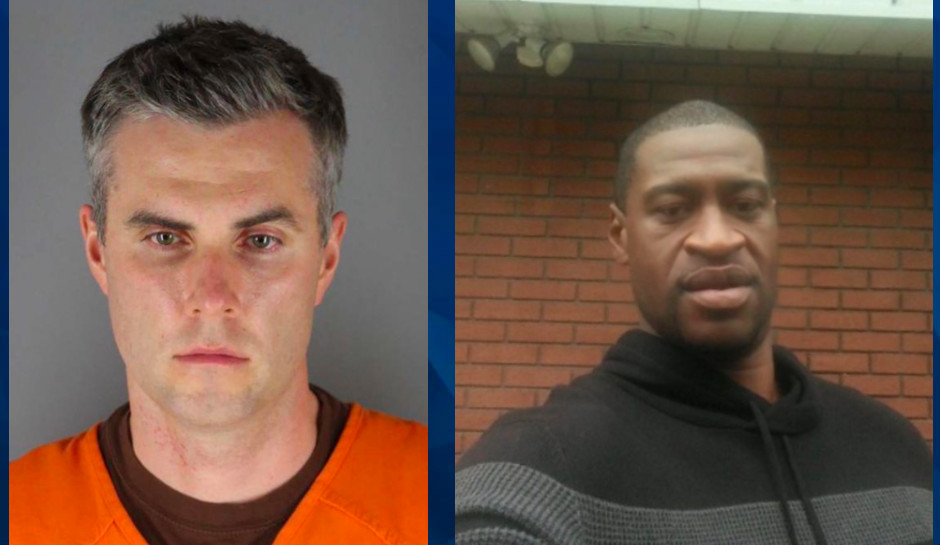 Former Minneapolis police officer Thomas Lane was sentenced Thursday to 2 1/2 years in prison for violating George Floyd’s civil rights on May 25, 2020, the day fellow officer Derek Chauvin knelt on Floyd’s neck for 9 1/2 minutes until he died, aided by Lane and two other officers.

Lane, J. Alexander Keung, and Tou Thao were found guilty in February of federal charges they used the “color of law” to deprive Floyd of his right to be free from the use of unreasonable force, as CrimeOnline previously reported. Sentencing for Thao and Keung, who were also charged with failing to intervene to stop Chauvin, has not been scheduled, although a hearing on the matter is scheduled for Friday, the Associated Press said.

Lane’s sentence was just slightly longer than the 27 months sought by his attorney. Judge Paul Magnuson said in setting the sentence that Lane’s role in Floyd’s death was “a very serious offense in which a life was lost.”

“The fact that you did not get up and remove Mr. Chauvin when Mr. Floyd became unconscious is a violation of the law,” Magnuson said.

But the sentence was significantly less that what prosecutors and Floyd’s family sought.

Floyd’s brother, Philonise Floyd, called the sentence “insulting” and said Lane was “an accessory to murder.”

“To me I think this whole criminal system needs to be torn down and rebuilt,” he said.

Prosecutor Manda Sertich agreed that a longer sentence was warranted.

“There has to be a line where blindly following a senior officer’s lead, even for a rookie officer, is not acceptable,” she said.

Chauvin, who also pleaded guilty to violating Floyd’s civil rights, was sentenced to 21 years early this month, to be served concurrently with the 22 years he received after he was found guilty of second degree murder.

“You absolutely destroyed the lives of three young officers by taking command of the scene,” Magnuson told Chauvin when he pronounced his sentence.

In May, Lane pleaded guilty to a state charge of aiding and abetting second degree murder. He is scheduled to be sentenced in September, and Attorney General Keith Ellison has recommended a three year sentence, to be served concurrently with the federal civil right sentence.

Thao and Keung have rejected plea deals offered by state prosecutors and are scheduled to go on trial in October.