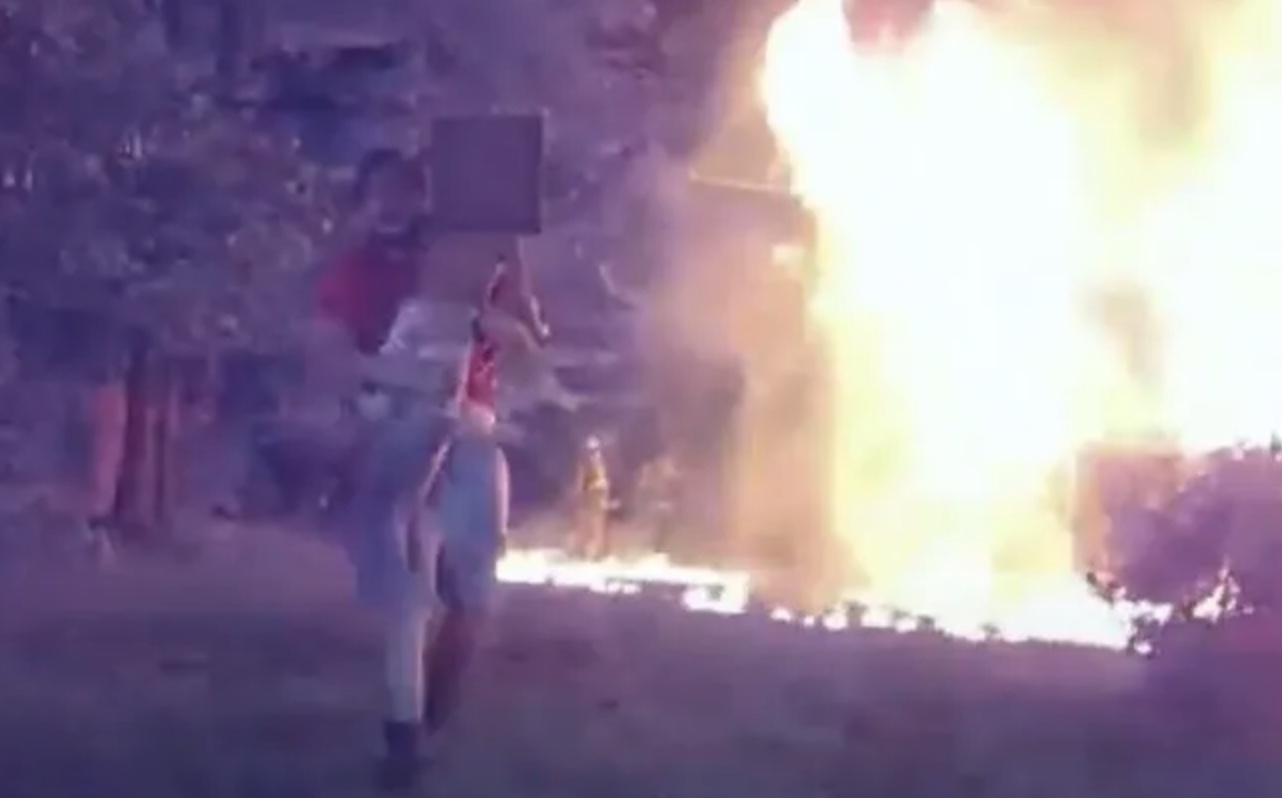 ‘Worth It’: Indiana Man Jumps From Burning House With 6-Year-Old Girl in His Arms

Before the 2nd story jump, Nick Bostic got four others out of the house.

An Indiana man didn’t think twice last week when he drove through a Lafayette neighborhood and saw a burning house.

Nick Bostic slammed on the brakes and turned around, quickly pulling into the driveway at about 12:30 a.m. on July 11.

He found an 18-year-old girl inside and helped her get three other children out. But the sister said a 6-year-old girl was still missing. Bostic again didn’t hesitate. He ran back into the burning house.

“I heard a faint whine, a faint crying noise and I went down there till I found that baby,” he told WLFI.

By the time he found the child, his only way out was from upstairs.

“I remembered seeing a window in the first room I checked for the child and I knew that would be the side to go on, that would probably be my best bet,” he said.

Bostic jumped, with the girl in his arms, then carried her to waiting police officers, whose body cameras filmed his arrival with the girl.

A wheezing Bostic dropped onto the curb after an officer took the girl. “I need oxygen,” he said as another officer guided him across the street, further from the fire.

“Is the baby OK,” he asks while officers tend to his injuries, according to the Lafayette Journal & Courier. “Please tell me the baby is OK.”

Someone off camera assures him the girl is fine, and an officer says, “You did good, dude.”

The child suffered a cut on her foot, while Bostic had several severe injuries, WLFI said. He was airlifted to Indianapolis for treatment and released from the hospital on July 13.

According to The Washington Post, the 18-year-old was babysitting her three siblings — ages 1, 6, and 13 — together with a 13-year-old friend of the 13-year-old. The siblings’ parents were out playing darts. Investigators said the fire started accidentally on the porch, likely from ashes put into a bucket before they were fully extinguished.

David Barrett, the father of the four siblings, said his family feels “very blessed for what Nick did.”

“He’s a real hero, and my daughter’s a real hero for waking the kids up. I don’t like to think about what might have happened if Nick hadn’t shown up. I’m grateful beyond words,” he said.

Bostic, however, said he’s not a hero, that he just did what he hopes someone would do for his family in a similar situation.

“It was all worth it. I kept reminding myself what a small sacrifice,” he said. “This temporary pain, oh ya it’s so worth it.”