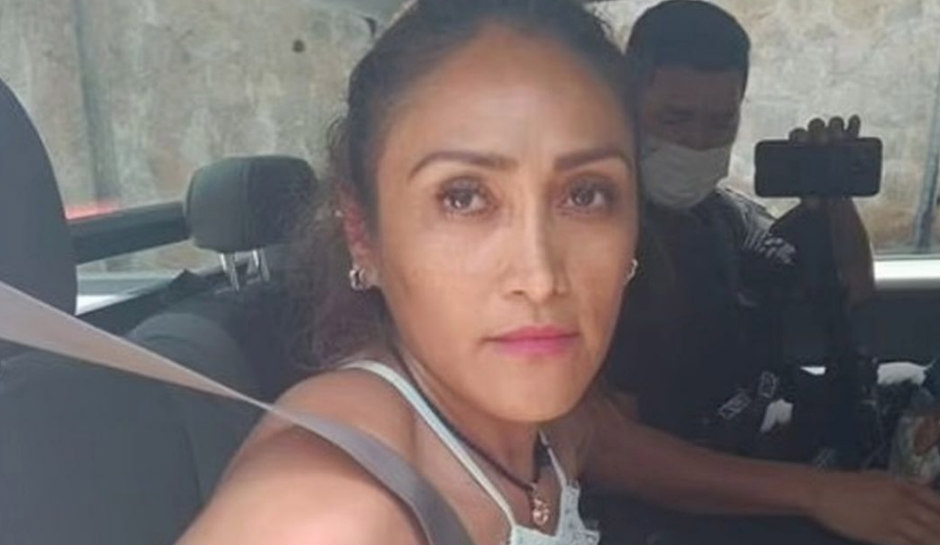 Authorities in Mexico have arrested a fugitive stepmom accused of killing her husband and stepchildren after she allegedly slept with her stepson and was removed from a will, the Daily Mail reports.

Berenice Alanís, dubbed the “Black Widow,” was detained Wednesday in Acapulco after three years of avoiding capture. A guest at a hotel reportedly recognized the outlaw, photographed her using a phone, and sent the images to police, according to the Telediario news network.

The executions occurred on April 5, 2019, at a gym in Mexico City owned by the husband.

Police had arrested Alanís within days of the murders but a judge released her on bail, at which point she vanished.

Since her escape, reports of Alanís had surfaced in various Mexican cities, including Hidalgo, Guerrero, Puebla, and Querétaro, in addition to Las Vegas.

The husband had hired Alanís in 2003 to help clean the gym. He later left his wife and then married Alanís, according to the Mirror.

Alanís joined the family and the husband took her on expensive vacations during their relationship, such as one trip to New York where she shopped and watched the New York Yankees play.

But the marriage soured after Jacobo Quesada allegedly learned that Alanís was having extramarital affairs with a gym employee and with his son, Jacobo Quesada Jr., prompting the elder Quesada to end the relationship.

On the evening of the slayings, the elder Quesada was in a gym office with his kids when Alanís arrived to work out. She reportedly sought help from a desk attendant about a workout routine, and the hired assassins then entered the gym and shot the father and his kids.

Police turned their attention to Alanís when she took control of his luxury vehicles and sold them.

A warrant was later approved for her arrest in December 2019 after prosecutors presented evidence that she planned the killings because the elder Quesada had removed her from his will, which reportedly cover assets estimated at $20 million.