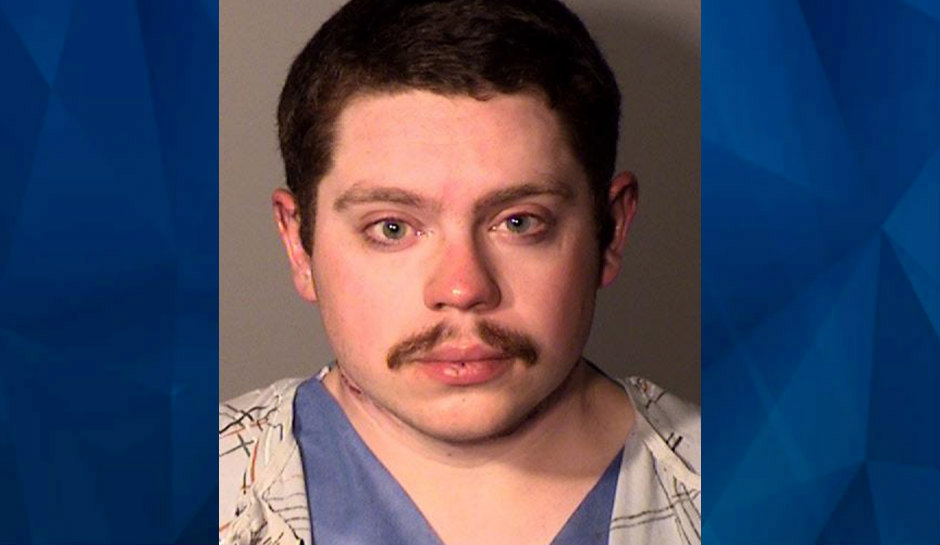 A Navy officer allegedly confessed to murdering his wife with a hammer and knife and setting their home ablaze hoping it would kill the couple’s baby, News 8 reports.

George Dodson, 23, is facing numerous charges related to the violent attack, which allegedly happened after his wife told him she was in love with another man.

Around 10:30 p.m. Wednesday, crews responded to a report of a fire at the family’s home in New London, Connecticut.

“Inside of the residence, fire department personnel located a 23-year-old female victim and a one-year-old male victim.”

The wife, Shelby Dodson, was declared dead at the scene, CT Insider reports.

Firefighters were able to rescue the child from a crib on the home’s second floor. Medics rushed him to Yale New Haven Hospital, where he was in stable condition as of Friday.

Prosecutors have charged Dodson with single counts of murder, first-degree arson, risk of injury to a minor, tampering with evidence and first-degree reckless endangerment. He also faces two counts of criminal attempted murder.

Further, Dodson is charged with cruelty to animals because the family’s two dogs were inside the home when he ignited the fire.

Dodson’s wife reportedly had significant trauma to her head and torso, according to an arrest affidavit obtained by The Day of New London newspaper.

Dodson also had self-inflicted wounds on his neck, the newspaper reports.

First responders found Dodson covered in blood and soot. He allegedly admitted to bludgeoning his wife with a hammer and stabbing her with a knife while talking with a paramedic on scene.

“I did this,” Dodson allegedly told the paramedic, according to the newspaper. “I killed her.”

The Navy sailor allegedly confessed that he murdered his wife because he was jealous that she was in love with someone else.

“We opened up our relationship and she found another man she loved more and I could not stand the thought of it, so I killed her,” Dodson reportedly told authorities, according to The Day.

He allegedly admitted to setting three fires in the house and that he intentionally left his son in the residence hoping that the fire would kill him.

Dodson is a second-class petty officer in the Navy, which he joined in 2017, and worked as a nuclear-trained electronics technician. Since 2019, he has been assigned to the USS Newport News nuclear attack submarine at a nearby submarine base.

Dodson is on suicide watch at Corrigan-Radgowski Correctional Center. A judge set his bail at $3 million and his next court date is August 11.

Neighbors told CT Insider they would sometimes see Shelby Dodson with the baby on the porch or out walking the child with her husband.

Elizabeth Maynard-White, who lives down the street from the scene, said she was devastated by what happened.

If you or someone you know is experiencing domestic violence, call the National Domestic Violence Hotline at 1-800-799-7233 or visit thehotline.org.