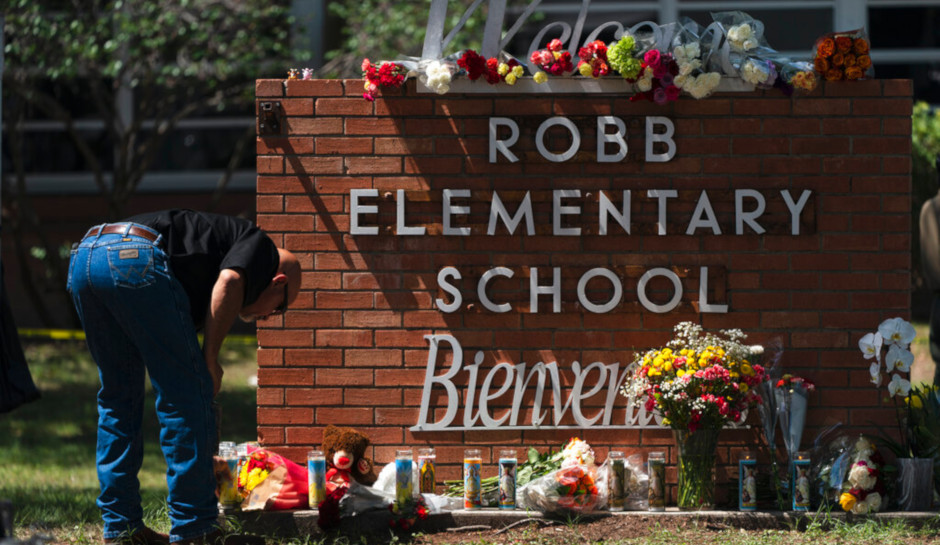 Texas officials put the principal of Robb Elementary School on paid administrative leave on Monday, two months after a shooting there claimed the lives of 19 children and two teachers.

Attorney Ricardo Cedillo did not tell the Texas Tribune why Uvalde Consolidated Independent School District Superintendent Hal Harrell suspended principal Mandy Gutierrez, but Cedillo said they would be responding to his questions before the end of the week.

A report issued by the state House committee in mid-July found that Gutierrez and other school staff knew that the classroom gunman Salvador Ramos was in had a faulty lock. Teacher Arnulfo Reyes, who was wounded and survived the shooting, reportedly told school officials about issues with a lock but a work order was never made.

The state report also concluded that Gutierrez never tried to use the intercom to alert teachers and students about the gunman. Gutierrez said she attempted to use an app called Raptor to issue a lockdown but wi-fi issues prevented that, according to the Texas Tribune.

Texas Department of Public Safety director Colonel Steven McCraw has called the response to the May 24 shooting an “abject failure” which he blamed on Pete Arredondo, 50, chief of the Uvalde police school district. McGraw said Arrendondo failed to promptly confront gunman Salvador Ramos despite being the on-scene commander and had what he needed to go into the classroom where the gunman was within three minutes.

Arrendondo told the media that he did not bring his two radios as he believed they would weigh him down. He also claimed he spent an hour trying to unlock a classroom door that separated him and the gunman.

However, officials now believe Ramos had barricaded himself in an unlocked classroom. Security footage reportedly showed that police never tried to open the classroom door — which would contradict Arredondo’s claims that he spent an hour in the hallway trying to locate a key that would open the door.

Further, surveillance footage shows officers standing by at least 45 minutes after Ramos entered a classroom and opened fire. Officers remain inactive even after asking for keys for a presumably unlocked classroom, and gathering tear gas, gas masks, and a sledgehammer. An officer is heard saying they are “making entry” at one point, but that does not occur.

It was an hour and 14 minutes before anyone entered the classroom and fatally shot Ramos.

Another report, which was penned by the Advanced Law Enforcement Rapid Response Training (ALERRT) Center, heavily scrutinized law enforcement’s handling of the deadly mass shooting. It stated that an officer spotted Ramos outside the school, but a supervisor never gave him the OK to shoot him.

Uvalde Mayor Don McLaughlin has disputed claims made in that report. However, the mayor previously said he is not confident in the Department of Public Service’s ongoing investigation into the shooting at Robb Elementary School, going as far as to suggest it was a “cover-up.” He has urged Governor Greg Abbott to intervene in the investigation, as he also believed McCraw was possibly shielding other agencies from scrutiny.