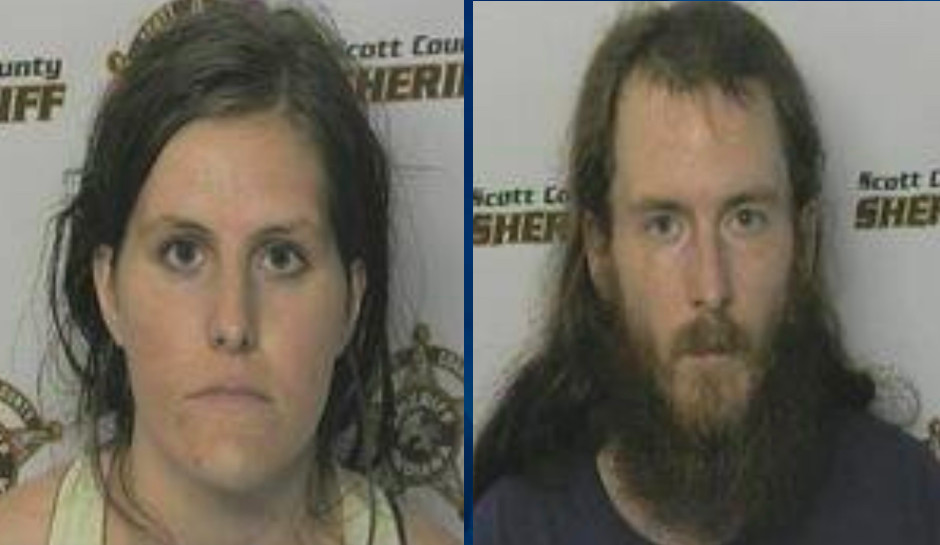 The parents of a Indiana toddler were arrested this week after police found the 1-year-old girl strapped into a car seat and alone on the floor of a motel room.

Scottsburg Police and the Department of Child Services found the little girl on Sunday after motel staff helped them get inside when no one answered their knocks.

According court documents, the DCS worker on the scene noticed that the toddler “was not clean and her diaper was full,” WDRB reported.

Other people at the motel told police that a man and a woman had left the room about 90 minutes before police arrived. Witnesses said that they often leave the child alone, and the girl is frequently heard crying.

Police found the girl’s parents, Austin Bennett, 23, and Jessica Bishop, 23, in another room on the opposite side of the motel, out of view of the room where the girl was found. Bennett reportedly told investigators that the girl is teething and sleeps better when they’re not in the room.

Bennett and Bishop have been charged with neglect of a dependent.