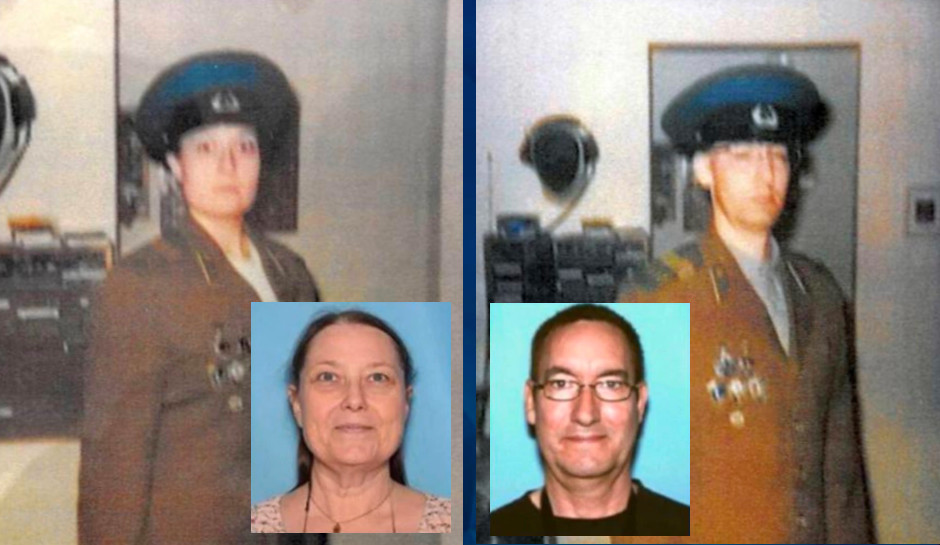 A US defense contractor and his wife have been charged with stealing the identities of two dead children in Texas and living under their names for decades.

Walter Glenn Primrose, who was an avionics electrical technician in the US Coast Guard before his retirement, and Gwynn Darle Morrison were arrested last week Kapolei, Hawaii, on the island of Oahu, Hawaii News Now reported.

Court documents say they used the names Bobby Edward Fort and Julie Lyn Montague and that Primrose obtained secret security clearances with the Coast Guard and as a defense contractor under Fort’s name.

The two Texas children died three months apart at the same Texas hospital. Fort died in October 1967 at 3 months old, and Montague was 3 weeks old when she died in January 1968.

Morrison and Primrose assumed the children’s identities in 1987, the same year they lost their home to foreclosure in Nacogdoches, Texas. Both were born in 1955, attended high school together in Port Lavaca, and then went to Stephen F. Austin University, court records say. They married in 1980 and remarried in 1988 under their assumed names.

The documents say they used those false identities to obtain driver’s licenses, passports, and, in Primrose’s case, Defense Department credentials.

Primrose enlisted in the Coast Guard in 1994 as Fort. He also applied for and received a passport in 1999 under his legal name.

The pair are charged with conspiracy to commit an offense against the U.S., false statement in passport application and aggravated identity theft — and other documents included with the filing indicate there could be more to the case.

Two photos are included that show Primrose and Morrison wearing the uniform of the KGB, the former Soviet Union spy agency.

Morrison’s attorney, Megan Kau, said that her client and Primrose tried on the same jacket and posed for photos as a joke and noted that the couple had been law-abiding citizens for decades, even if they weren’t using their real names.

“She wants everyone to know she’s not a spy,” Kau told Hawaii News Now. “This has all been blown way out of proportion. It’s government overreaching.”

Prosecutors are seeking no bail for the couple. A hearing on that request is scheduled for Thursday.