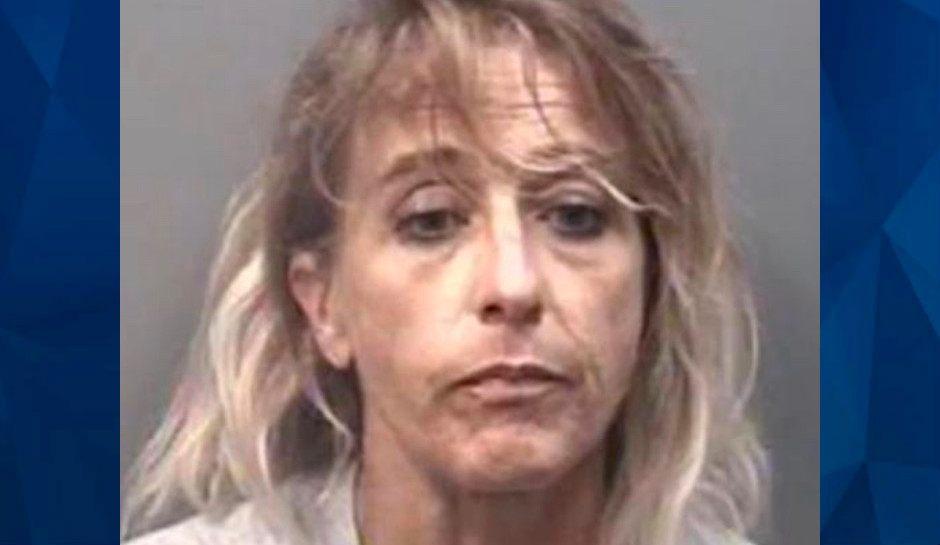 A North Carolina woman has been arrested and charged with arson, assault with a deadly weapon, and larceny of an animal after she set fire to a couple’s house and stole their dog because she thought she was at her ex-boyfriend’s home.

Christie Jones, 49, instead targeted the home of people she didn’t know.

The Rowan County Sheriff’s Office said Jones allegedly set the house in Gold Hill on fire at about 7 a.m. on Friday. She also damaged an above-ground pool and stole the dog, WSOC reported.

A neighbor who saw a woman set the fire awoke the homeowner, who ran to get a garden hose to extinguish the fire, according to The Associated Press. But Jones had apparently used a sealant to block the water flow, deputies said, keeping anyone from using the water to fight the fire.

The homeowner told deputies he also saw burning pieces of wood around a propane tank.

Jones was still on the property — holding the dog on a leash — and the homeowner grabbed a rifle and confronted her. As law enforcement and firefighters were approaching, Jones drove off, brushing the homeowner with her car, WSOC said.

Investigators said firefighters put out the fire before any serious damage occurred, estimating the damage to the home and the pool at about $20,000. The found bundles of wood on the front porch along with a jug of oil that was used as an accelerant, the AP said.

Deputies eventually found Jones and the dog. She was taken into custody and given a $101,500 bond. The sheriff’s office said more charges are possible.