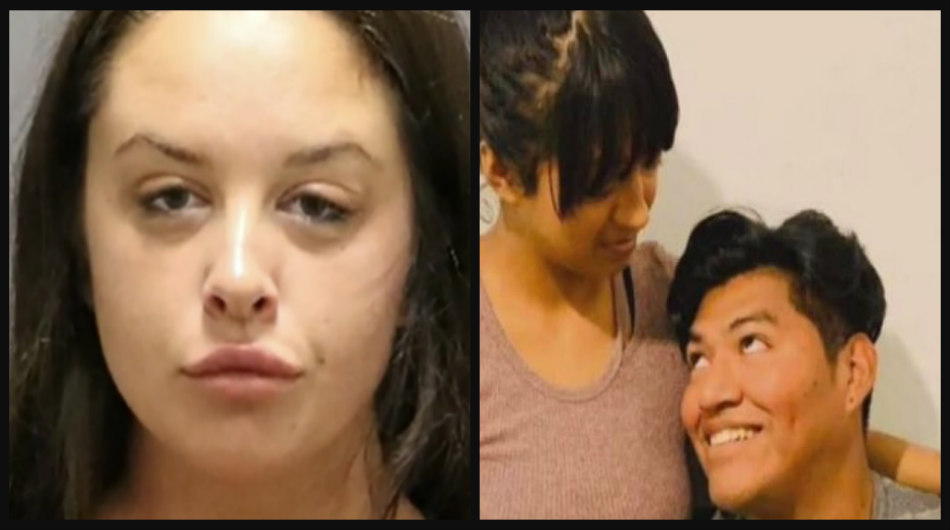 A California woman who rendered three young children orphans in a drunk driving wreck will serve decades behind bars after statements from the victims’ children were read in court.

Grace Elizabeth Coleman, 23, was sentenced on Friday to 21 years to life in prison for killing 27-year-old Henry Eduardo Saldana-Mejia and his wife, 28-year-old Gabriela Andrade, in December 2020, the Orange County Register reports. The couple had been viewing Christmas lights with their three daughters in Newport Beach at the time, as CrimeOnline previously reported.

Coleman pleaded guilty to charges of second-degree murder in connection with the crash, according to KCBS-TV.

The girls, ages 1 to 5 years old at the time, had been in car seats but still suffered head injuries and broken legs; the 5-year-old’s arms were also broken.

Coleman also pleaded guilty to other felony charges, including driving under the influence of alcohol causing injury, driving while her blood-alcohol level was at or exceeding the legal limit of .08 percent and failure to stop at a hit-and-run with injury and death.

In addition, Coleman pleaded guilty to misdemeanor counts of driving while intoxicated and driving with a blood-alcohol level exceeding the legal limit in connection with a previous arrest in August 2020 in Laguna Beach.

Had the case gone to trial, Coleman could have faced nearly 43 years in prison.

In the immediate aftermath of the crash, Coleman allegedly walked past the victims’ vehicle and attempted to flee, despite the sound of the girls screaming in the back seat.

However, authorities and the victims’ family say Coleman has since expressed and demonstrated remorse for her actions.

Lawyers for the children have sued Coleman and her parents for monetary damages, alleging that the parents knew their daughter had a history of drunk driving but still allowed her to use their vehicle. That case is pending.

During Friday’s sentencing hearing, a family member read letters to the court penned by two of the older daughters.

“My name is Emma Sofia,” one girl wrote, according to the Register. “I write this letter because I miss my mom and dad. I love them very much. I feel very sad. I remember I was happy when they were here.”

Coleman could be seen wiping tears as the victims’ family members spoke during the sentencing hearing. A cousin said the girls often ask about their parents, and that in a recent visit to the parents’ cemetery, the girls were trying to get to their mom and dad.

A GoFundMe account is raising money for the girls.

Judge Gregg L. Prickett urged the victims’ families to take solace in the memories of the couple, but also to not let the tragedy limit their future.

“Never forget them, but do not let this tragedy define their lives or your lives,” Prickett said, at times appearing to fight back tears, according to the newspaper. “They want you to appreciate every day and raise those precious girls . . . to have full and complete lives.”