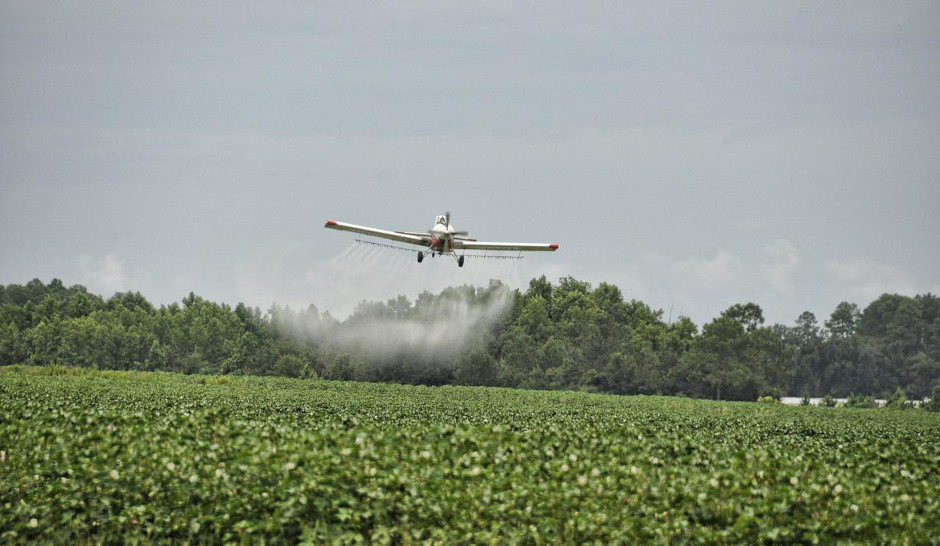 A 62-year-old Missouri man was charged with attempted murder Friday for allegedly using a high-powered rifle to shoot a crop duster flying near his property.

In addition to attempted murder, Donald V. Bates has been charged with felony property damage, unlawful weapons use, assault, and armed critical action. He is being held without bond in Caldwell County.

Court documents say the incident took place on July 10 near Kidder, a small rural town about 70 miles northeast of Kansas City, the Kansas City Star reported. The pilot called deputies to Lexington Municipal Airport that day and said that his plane had apparently been shot as he exited a field where he was assigned to spray crops.

He said he heard a pop and that that he’d hit something midair. When he landed, he noted during his post flight inspection that his fuel tank had been punctured by a bullet, causing a leak. He found another bullet hole on the nose of the plane.

Investigators looked over the damage and recovered bullet fragments and began their investigation. Witnesses reported hearing what sounded like gunshots coming from Bates’s home at about the time the plane was hit.

Bates has a history of complaining about planes near his property — the sheriff’s office had previously investigated an incident in which a pilot alleged that Bates threatened him with a gun while he was about 100 feet overhead. Bates denied pointing a gun at the pilot, saying he only raised his arms and put up a middle finger. Court documents in that case say Bates said he thought the pilot was flying too low and “wanted him to stop.”

Bates was charged with brandishing a firearm in that incident.

In the current incident, investigators who served a search warrant at Bates’s home found several long guns and “ammunition capable” of piercing an aircraft, the documents say.