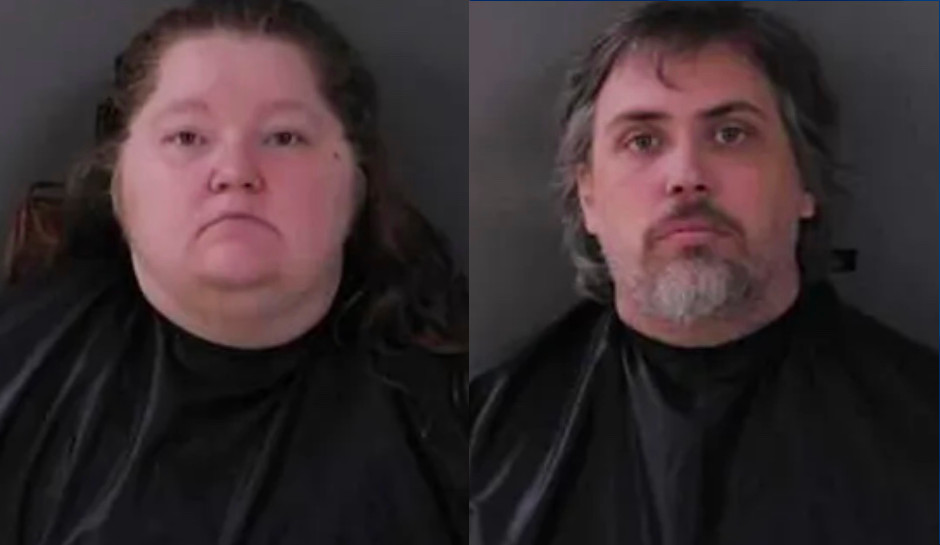 Two Florida children are in the custody of a state agency and their parents in jail after a naked toddler wandered into a neighbor’s yard last week, leading police to a home in deplorable condition.

The Vero Beach Police Department said the neighbor contacted them early Wednesday afternoon about the little girl. Other neighbors told responding officers they’d seen the child leaving a nearby home about 45 minutes earlier.

At the home, the officers found the girl’s parents — Michael and Chrystal Slosson, both 38 — and a 9-year-old child. The parents said they believed the younger child had climbed out a window when they put her down for a nap.

Officers were alarmed, however, by “strong odors of urine and feces coming from within the residence,” police said. Additionally, they could see trash throughout the living areas and feces on the walls.

Police contacted the Department of Children and Families, which conducted a walk-through of the residence. They found dirt and fecal matter on walls and floors throughout the home, soiled mattresses that the children slept on, and a kitchen covered in dirt and dirty dishes. The inside of the refrigerator was covered in mold and apparently held no edible food.

DCF and police determined that the home was hazardous to the health of anyone living there. The Slossons were arrested on two counts of child neglect each. They’re being held on $10,000 bond each.