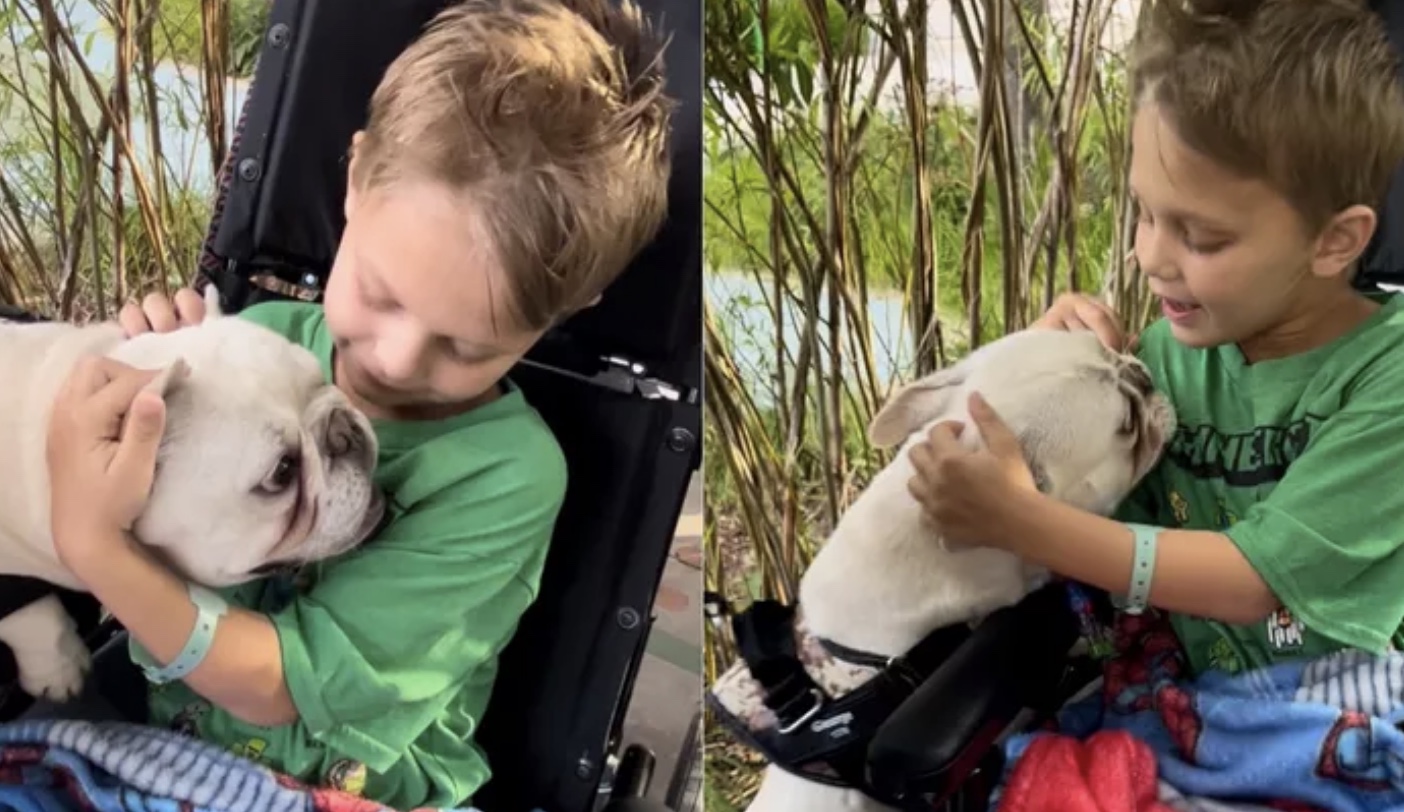 Cooper Roberts, Paralyzed in July 4 Shooting, Moves to Rehab and Reunites With His Dog

The youngest victim of the July 4 shooting in Highland Park, Illinois, has been released from intensive care and moved to a rehabilitation facility.

Cooper Roberts, 8, has also been reunited with his dog, George, the Chicago Sun-Times reports.

The bullet that ripped through Cooper’s body severed his spinal column and damaged his liver, abdominal aorta, and esophagus. He is paralyzed from the waist down.

Cooper’s twin, Luke, was also wounded in the shooting, hit by shrapnel in his leg. The boys’ mother, Keely Roberts, suffered leg and found wounds.

Keely Roberts made her first public comments last week since the shooting last, thanking members of the community who jumped in to aid the family.

“I want to thank the people who were there to help us in the immediate aftermath of this tragedy as we were sitting — shocked and scared and bleeding on the sidewalk at a parade in our hometown,” she said in a written statement. “When we were shot, it wasn’t the police or firemen who got to us first, it was community members — an off-duty doctor and nurses, other parade goers — who raced to our sides.”

In an accompanying video, she said, “Cooper would not be alive today if it were not for the act of these people who just risked everything to ensure this little boy lived.”

Robert E. “Bobby” Crimo III has been charged in the shooting, which killed seven people and wounded dozens, as CrimeOnline has reported. He has been indicted on 117 counts.

Cooper’s family announced his move to the Shirley Ryan AbilityLab in a GoFundMe post on Monday, adding that seeing George for the first time since the shooting was “a happy reunion for them both.”

The family said the team at the AbilityLab would be conducting a thorough assessment to determine what services are needed to support Cooper’s continued recovery.