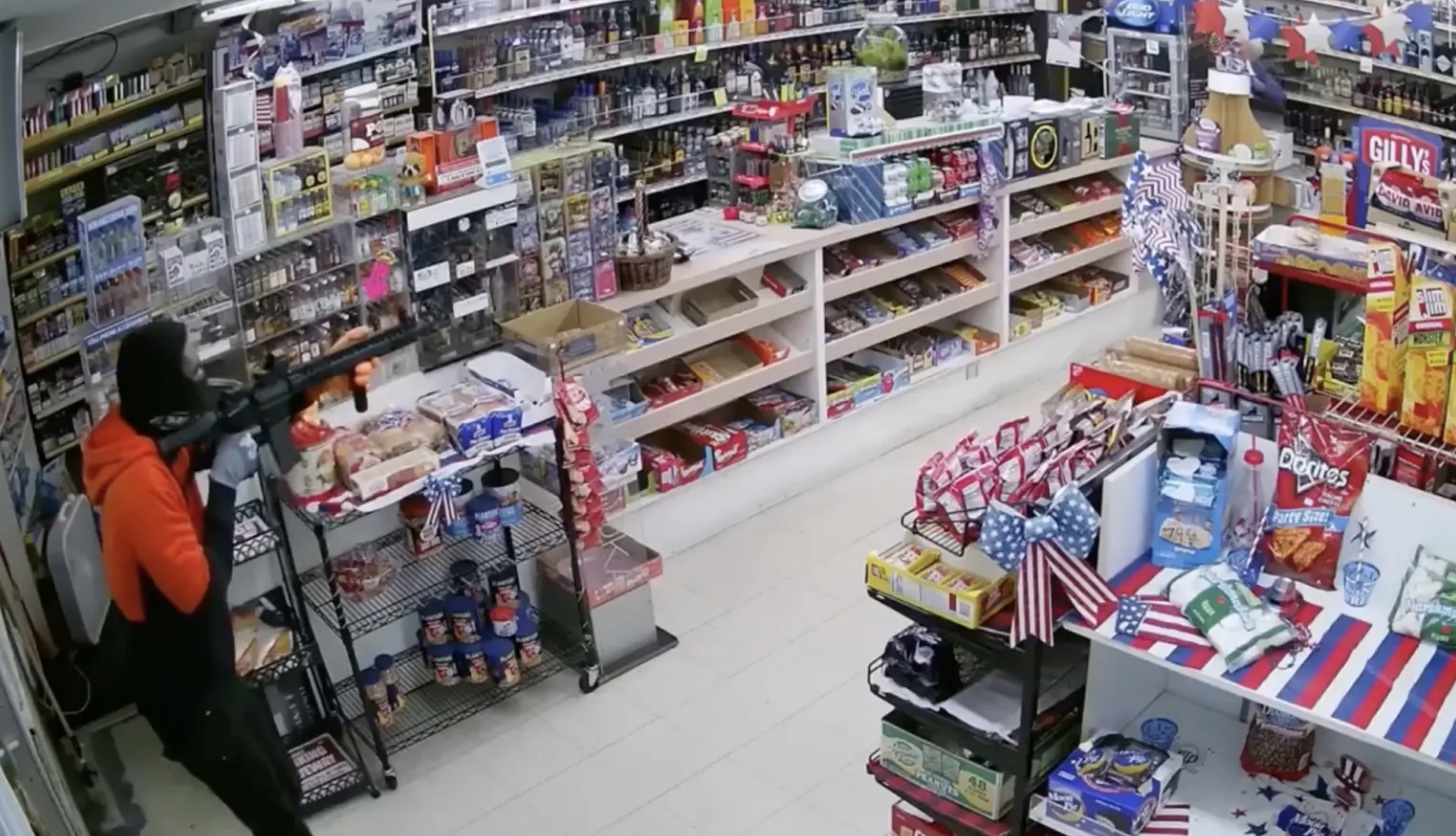 An 80-year-old California liquor store owner saw three masked gunmen jump out of an SUV that backed up alongside his Norco store early Sunday, so he was ready when one of them burst in and yelled for him to freeze.

Surveillance footage from inside Craig Cope’s store shows that he fired his own shotgun seconds after the gunman announced the robbery.

“He was screaming that I shot his arm off,” Cope told the New York Post. “That’s what he said.”

Cope suffered a heart attack after the shooting and was taken to the hospital. He’s now recovering at home in Riverside and says he will go back to work, although he says it’s time to cut back on his hours.

The 80-year-old said he “figured what was going to happen” when he saw three suspects get out of the SUV wearing masks and carrying guns.

I just knew they were armed and masked and that they were coming in, so I was ready for them,” he said.

“I got a long gun pointing directly at me,” Cope told The Post. “It was either him or me and I was a little bit faster.”

Police tracked the four men down to a hospital, where one had a wound consistent with a shotgun blast, the Riverside County Sheriff’s Department said.

Justin Johnson, 22; Jamar Williams, 27; and Davon Broadus, 24; are being held on a $500,000 bond. The man who was shot is still hospitalized, according to KCAL, which said the vehicle they were in was stolen and investigators recovered numerous weapons.

Cope told the Post the would-be robbers “didn’t do their homework,” coming into Norco, a largely conservative area with a high number of armed residents.