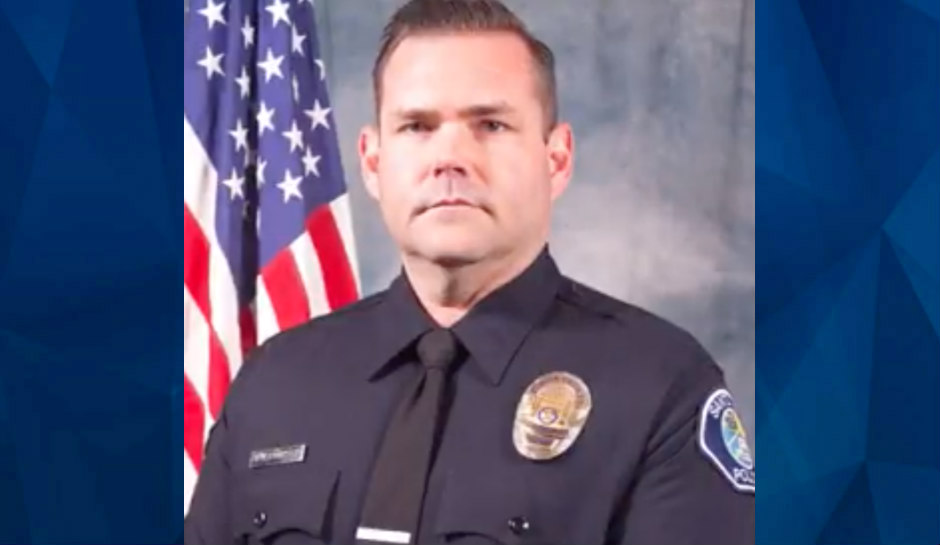 A California police officer who won “Detective of the Year” allegedly sent sexually explicit messages to a user he believed was a 14-year-old girl, KTLA-TV reports.

On Tuesday, authorities announced that 43-year-old Gregory Daniel Beaumarchais has been charged with one misdemeanor count of annoying or molesting a victim believed to be under the age of 18. Prosecutors allege that Beaumarchais encountered someone online who he thought was a 14-year-old girl and sent that person graphic messages in December and January.

The individual who received the messages was a civilian posing as a teen and subsequently notified the Orange County Crime Stoppers hotline about the interaction.

At least some of the communications occurred while Beaumarchais was on duty, NBC News reports.

Beaumarchais has worked at the Santa Ana Police Department since 2011 and was honored in 2019 as the “Detective of the Year,” according to a department Facebook post.

Beaumarchais turned himself in on Tuesday and he has been released from custody.

The Orange County District Attorney’s Office is prosecuting the case but investigators received assistance from the U.S. Department of Homeland Security.

In a press release, Orange County District Attorney Todd Spitzer said it is “beyond disturbing that a sworn police officer would engage in inappropriate conversations with someone he believed to be a child,” according to KTLA-TV.

“Our children should not have to worry about being preyed upon by the very people we teach them who are there to protect them,” Spitzer said in the press release, according to KTLA-TV.

“The vast majority of police officers are the trusted authority figures we expect them to be and when an officer engages in criminal behavior it tarnishes the badge of all of our hardworking law enforcement officers.”

The Santa Ana Police Department was notified of the alleged interaction on December 17 and contacted federal authorities on December 20 after the police department’s internal affairs division had concluded that the allegations were “criminal in nature.”

“The Police Department took immediate and swift action in referring these allegations to the appropriate local and federal authorities,” the department said in a press release.

Beaumarchais is presently on paid leave. He will remain on leave until criminal and administrative investigations conclude. If convicted, Beaumarchais could be sentenced to up to one year in jail and may be required to register as a sex offender for life.

A lawyer for Beaumarchais told the Orange County Register it was “premature to comment,” according to the newspaper.