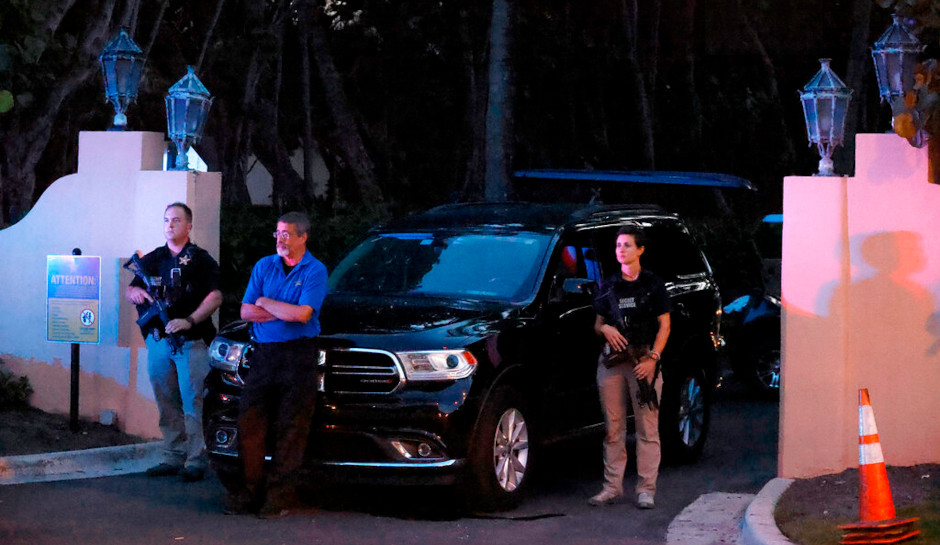 FBI agents executed a search warrant on Mar-a-Lago, former President Donald Trump’s Florida home, Monday as part of a National Archives-requested probe into boxes of documents — including classified information — taken from the White House by Trump when he left office on January 20, 2020.

At least some of those documents were later returned to the Archives, which asked the Department of Justice to investigate because by law, all presidential records — especially classified records — cannot be removed or stored at an unauthorized location, according to the Associated Press.

Although he issued a lengthy statement, Trump did not mention what the search warrant was about. Two sources familiar with the matter, however, told the AP that the warrant was obtained to check for any further documents that may be at the residence.

To obtain a search warrant, agents must present evidence to a judge — a federal judge in this case — that they have probable cause to believe a crime has taken place.

In his statement, Trump called the execution of the search warrant an “unannounced raid” and “prosecutorial misconduct.” Trump-allied politicians and officials, including Florida Gov. Ron DeSantis, GOP chairwoman Ronna Romney McDaniel, and House Minority Leader Kevin McCarthy, jumped on board to condemn the warrant as overreach by “Radical Left Democrats,” although Trump himself appointed FBI Director Christopher Wray, and the head of the Justice Department, Attorney General Merrick Garland, is a noted centrist.

Trump was in New York at the time, the AP said.

The news wire spoke with Vanderbilt University history professor Thomas Schwartz who noted that former President Richard Nixon was barred from taking tapes or any other documents from the White House when he resigned in 1974 and did not do so. Schwartz said a large number of his papers stayed in the capital for years before they were released to Nixon’s presidential library in Yorba Linda, California.

Trump released a video on Tuesday blaming President Joe Biden for the search. Biden has said he knew nothing about the warrant beforehand in keeping with standards of non-interference between the White House and the Department of Justice.