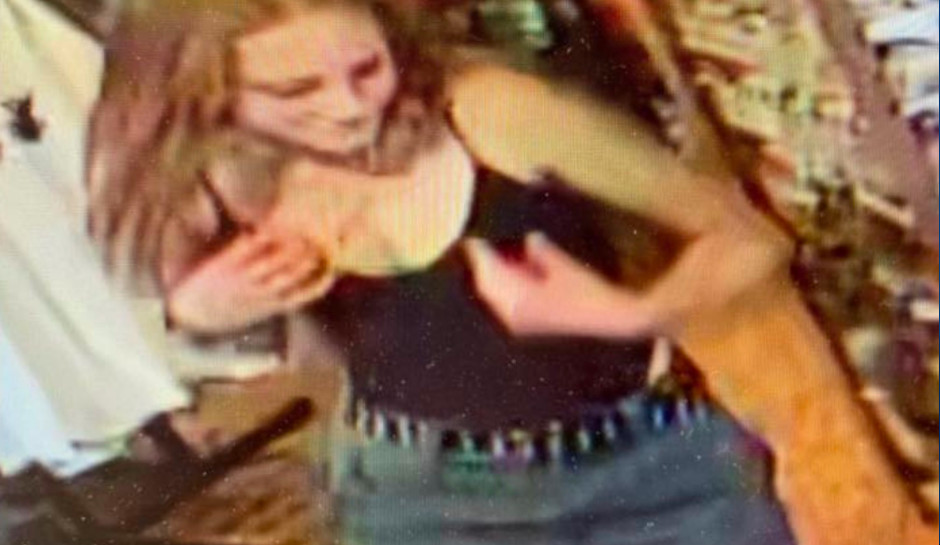 Investigators have found surveillance video showing a missing California teen hours before she vanished from a large campground party in Truckee.

Kiely Rodni, 16, hasn’t been seen since shortly after midnight on Saturday, when she and her silver 2013 Honda CRV vanished without a trace, as CrimeOnline previously reported.

The Placer County Sheriff’s Office, which released a still image from the security camera footage showing the teen just after 6 p.m. on Friday, said it was investigating the case as a possible abduction but is considering any possibility. Kiely is wearing a black, spaghetti strap bodysuit, green Dickies pants, a black grommet belt, and black Vans shoes in the video, the same outfit she was wearing at the party.

The California Highway Patrol said it has not issued an Amber Alert since there is no firm evidence of an abduction, KCRA said.

According to Fox News, Rodni’s family is offering a $50,000 reward for the girl’s safe return.

Kiely’s mother, Lindsey Rodni-Nieman, said her daughter texted her at 12:15 a.m. to say she was headed home from the party, a graduation send-off that Kiely was attending because she graduated two years early. Her friend, Samantha Smith, told The Independent that she spoke with Kiely on the phone just after 12:30.

“And this is the last call anybody had with her. We said ‘love you, good night. Get home safe,’  and that’s the last thing we heard of her,” said Smith, who also told the paper she had decided not to ride home with her friend, who was intoxicated by the time she left.

But on Tuesday, Smith told Fox that she left the party before Kiely and thought her friend was going to stay the night.

“At the point when I left, I thought she was going to stay there,” she said. “Everybody was camping. It was late enough that she should have stayed. She’s not the type to go and drunk drive or anything.”

The sheriff’s office says 16 agencies are participating in the search for Kiely, including the FBI and Homeland Security, along with more than 100 volunteers, according to KCRA.

Law enforcement has estimated 200-300 were attending the party near the Prosser Family Campground.