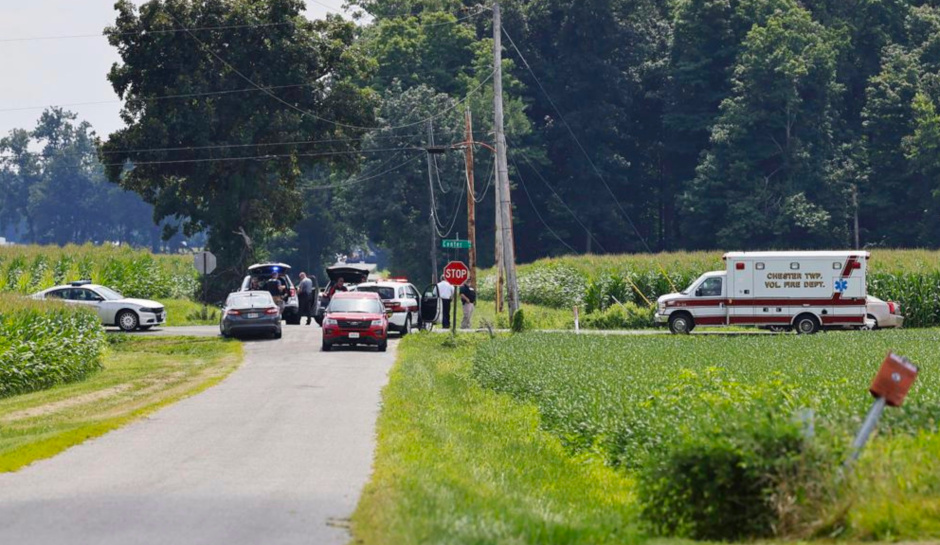 A man armed with an AR-15 got into the FBI field office in Cincinnati, Ohio, Thursday morning and fired a nail gun at personnel inside.

After an hours-long standoff north of the city, the man — wearing body armor — was shot and killed when he raised a gun and law enforcement opened fire.

Sources identified the suspect to NBC News as Ricky Walter Shiffer and said he was present at the January 6, 2021, insurrection at the US Capitol.

The New York Times said that investigators are looking into ties Shiffer, 42, may have had with extremist groups, citing law enforcement officials. A video posted on Facebook appears to show Shiffer at a pro-Trump rally in Washington on January 5, 2021, and he posted a message on a social media account earlier this week threatening to kill FBI employees.

Shiffer was not charged by the Justice Department with any crimes related to the attack on the Capitol.

The attack on Cincinnati’s field office began about 9:00 a.m., according to Ohio State Police spokesman Lt. Nathan Dennis. Armed FBI agents set off an alarm and confronted the man, and he fled north on Interstate 71 in a white Crown Victoria, the Cincinnati Enquirer said.

Dennis said troopers attempted a traffic stop but were unsuccessful. The suspect exited the freeway and eventually came to stop, again exchanging gunfire with law enforcement officers before was shot and killed.

No police or FBI agents were injured during the incident.

Although authorities have not released a motive, the attack on the FBI office comes in the same week agents executed a search warrant at former President Donald Trump’s Florida estate, looking for president records and classified documents that may have been illegally removed from the White House when he left. It also comes the day after Trump-appointed FBI Director Christopher Wray said that an increasing number of threats had been circulating online against the FBI and the Department of Justice.

“We must not tolerate this one,” he wrote.

NBC also saw a post that appeared to be from Shiffer discussing his failed attempt to breach the FBI field office.

“Well, I thought I had a way through bullet proof glass, and I didn’t. If you don’t hear from me, it is true I tried attacking the F.B.I., and it’ll mean either I was taken off the internet, the F.B.I. got me, or they sent the regular cops while,” the account @RickyWShifferJr wrote at 9:29 a.m. .