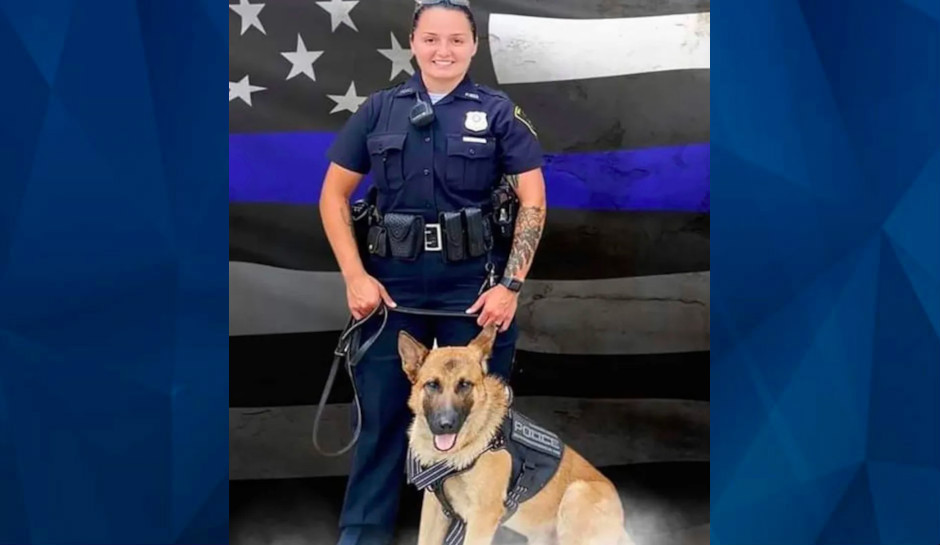 An Indiana police officer was shot during a traffic stop Wednesday evening and is now “fighting for her life” in a hospital.

Richmond Police Chief Mike Britt said that Seara Burton, 28, was assisting other officers in stopping a moped when her K-9, Brev, indicated the possible presence of narcotics.

Other officers returned fire as Lee took off running. Officers captured him after a brief chase and treated him on scene for gunshot wounds before he was transported to Reid Hospital.

Burton was initially taken to a local hospital before she was airlifted to a hospital in Dayton, Ohio.

“My officer is in very critical condition, fighting for her life,” Britt told reporters Wednesday night. “Those of you who pray I ask that you pray for her because she could use it.”

The chief said Burton is a four-year veteran of the police force and is engaged to be married next week.

Lee was arrested on probable cause, and the Wayne County prosecutor will determine criminal charges.

The Indiana State Police is investigating the shooting.