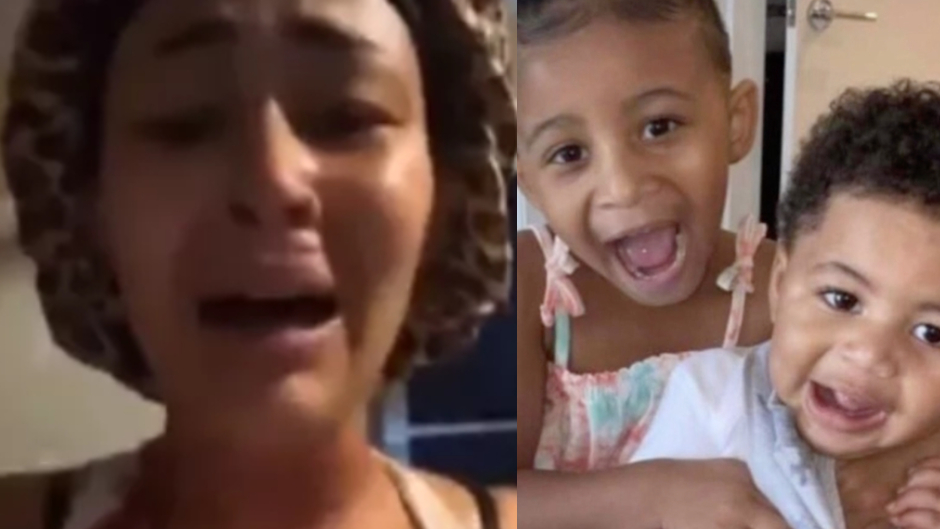 ‘It’s Over With’: Mom FaceTimes Ex to Show Him How She Slit Kids’ Throats

A Louisiana woman who allegedly stabbed her two children on Sunday, killing her 4-year-old daughter, reportedly video called her children’s father after the incident.

Janee Pedescleaux, 31, reportedly FaceTimed her children’s father on three instances. Pedescleaux first filmed their bloodied 2-year-old son, then showed the boy and his 4-year-old sister, Paris Roberts, with their throats slit, according to The Times-Picayune.

In the final video call, Roberts was reportedly heard gasping for air on the bed. The Times-Picayune reported that Roberts died at the hospital from hemorrhagic shock; she had a laceration that went from her neck down to her spine in addition to a damaged trachea.

According to the news outlet, Pedescleaux’s toddler son is currently intubated as he awaits another surgery to determine whether his trachea is healing properly.

After allegedly stabbing her children, Pedescleaux posted a video on social media which shows her blaming her actions on “Jermaine,” presumably referring to her children’s father, Jermaine Roberts. Covered in blood, the mother also announced that her “children are dead” and she will be taking her own life.

Pedescleaux was said to have suffered a self-inflicted, superficial stab wound to her collarbone during Sunday’s incident.

Police responded to the New Orleans residence after Jermaine reported receiving a threatening call from Pedescleaux. Pedescleaux had told Jermaine that she had damaged his car and that she is not going to jail because she would kill herself and their children, according to The Times-Picayune.

Afterward, Jermaine reportedly went to the home but the doors were barred. Pedescleaux allegedly told Jermaine, “We gone. It’s over with,” leading him to break a window to force entry. He then found both children lying on a bloody bed; his son was lying facedown in blood while his daughter was foaming from the mouth.

Pedescleaux allegedly threatened Jermaine with a knife before he rushed their two children to the hospital.

Pedescleaux was in a custody dispute with Roberts at the time of Sunday’s incident. In April, Jermaine reportedly sought joint custody which would allow him to see the children on the weekends. He also alleged that Pedescleaux was keeping their children from them and not keeping them in a healthy living situation. A hearing regarding the custody dispute was scheduled for later this month.

Pedescleaux is charged with second-degree murder, attempted murder, and second-degree cruelty to a juvenile. A court hearing is scheduled for Thursday.