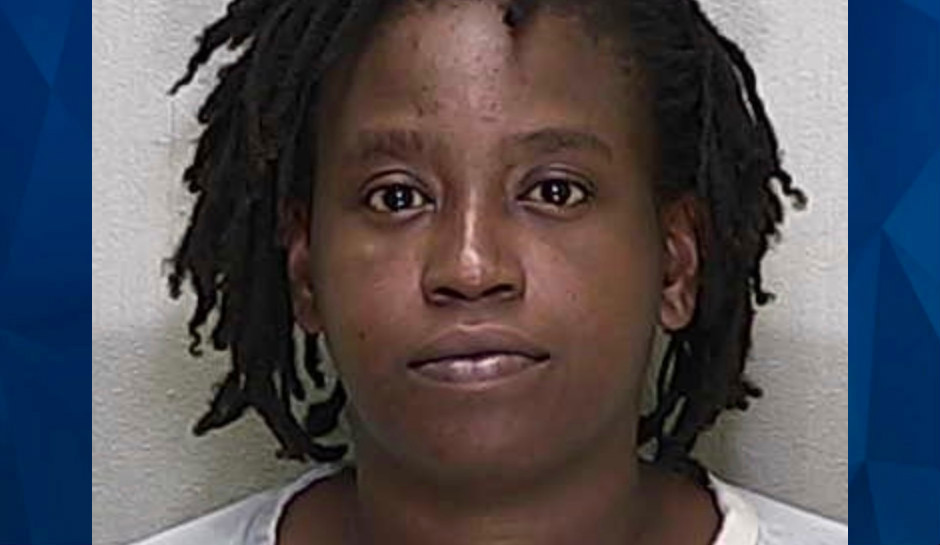 A Florida woman was arrested on Wednesday after a postal worker found a naked toddler wandering alone on an Ocala street.

The Ocala Police Department said the child had multiple scratches, a bruise near the right eye, and a bloody nose and was covered in sand.

Medical personnel took the child to a hospital for treatment, and officers began searching nearby homes for the toddler’s parents.

When they found a home with two doors open, dirty diapers and car seats in the yard, and a stroller on the porch, the officers knocked. After getting no response, they entered for a well-being check and found the toddler’s parents and an infant sleeping inside.

The parents told the officers that the toddler had been under the care of 33-year-old Qualinda Robinson, another resident of the home. Since Robinson was not present, the officers called her cell phone and she returned.

According to WFLA, Robinson said that she had texted the mother to say she was going out to the store but did not verify that the toddler would be watched over.

“Due to Ms. Robinson’s negligence, the toddler was found in the street naked, with multiple scratches and a bloody nose,” police posted on Facebook.

Robinson was charged with child neglect without great bodily harm and released Thursday on a $2,000 bond, according to Marion County jail records.