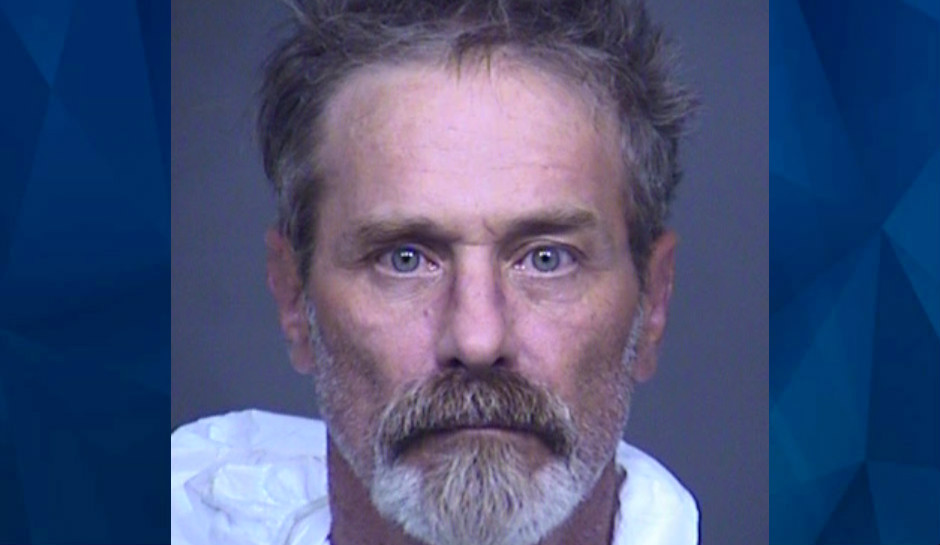 Arizona Man Lures Man Out of His House Then Runs Him Over, Stomps His Head

Police in Arizona have arrested a man they say ran over another man — twice — and then got out and stomped his head, killing him.

A witness fired a shot into the ground to get John Lagana’s attention and “put an end to Lagana’s actions,” the Mesa Police Department said.

Witnesses told police that Lagana, 61, was parked in a vacant lot near the homse of 63-year-old Christopher Heimer, repeatedly honking his horn until Heimer came outside. Officers found marks in the empty lot showing where Lagana accelerated out onto the street, including “skid marks from Lagana’s vehicle in the roadway and on the sidewalk where” he allegedly struck Heimer the first time.

Surveillance video and witnesses said Lagana swerved onto the sidewalk and struck Heimer, throwing him into the landscaping of a nearby apartment building.

“Lagana continued to travel eastbound on the sidewalk, damaging mailboxes and landscaping before turning around and driving back toward Heimer,” police said.

He again drove onto the sidewalk and into the landscaping, where he once more ran over Heimer, “then got out of his vehicle and proceeded to stomp on Heimer’s head multiple times.”

At that point, the witness fired a round into the ground and kept Lagana from leaving the area until police arrived.

According KNXV, investigators aren’t sure if Lagana and Heimer had any contact with one another before Friday’s deadly incident.

Lagana has been charged with first degree murder.