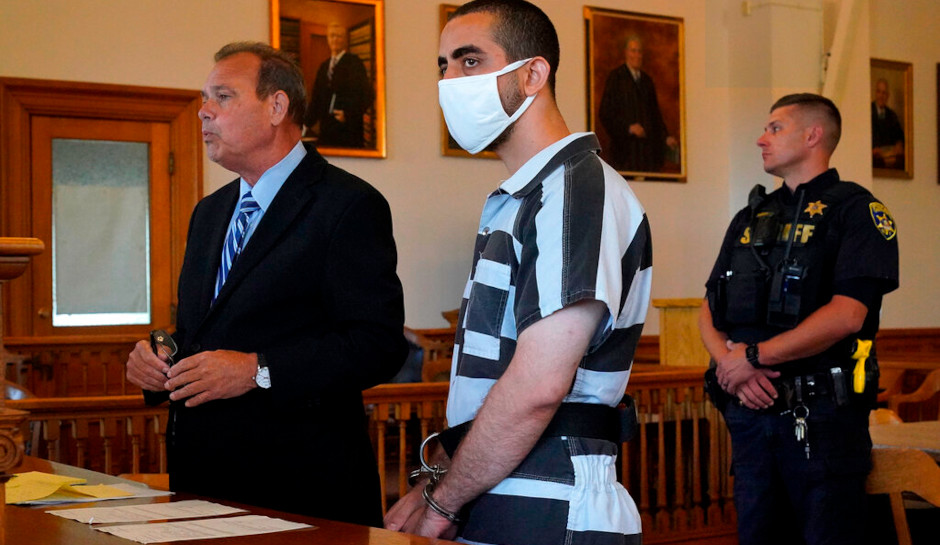 The man accused of attacking author Salman Rushdie appeared in court Saturday and was charged with attempted murder and assault.

An attorney for Hadi Matar, 24, entered a not guilty plea on his behalf, the Associated Press reported.

Matar was ordered held in the Chautauqua County Jail without bail, Reuters said.

Chautauqua County District Attorney Jason Schmidt said that state and federal officials in New York and New Jersey, where Matar lives, were looking into any plans or preparations Matar may have taken. Such discoveries might lead to additional charges, he said.

Rushdie’s agent, Andrew Wylie, said Friday night that the 75-year-old author was on a ventilator and unable to speak, as CrimeOnline previously reported.

“Salman will likely lose one eye; the nerves in his arm were severed; and his liver was stabbed and damaged,” Wylie said in a statement. No update on his condition has been released on Saturday.

Matar is accused of attacking Rushdie on stage at the Chautauqua Institution Friday morning as he was being introduced. Matar was taken into custody immediately after the attack.