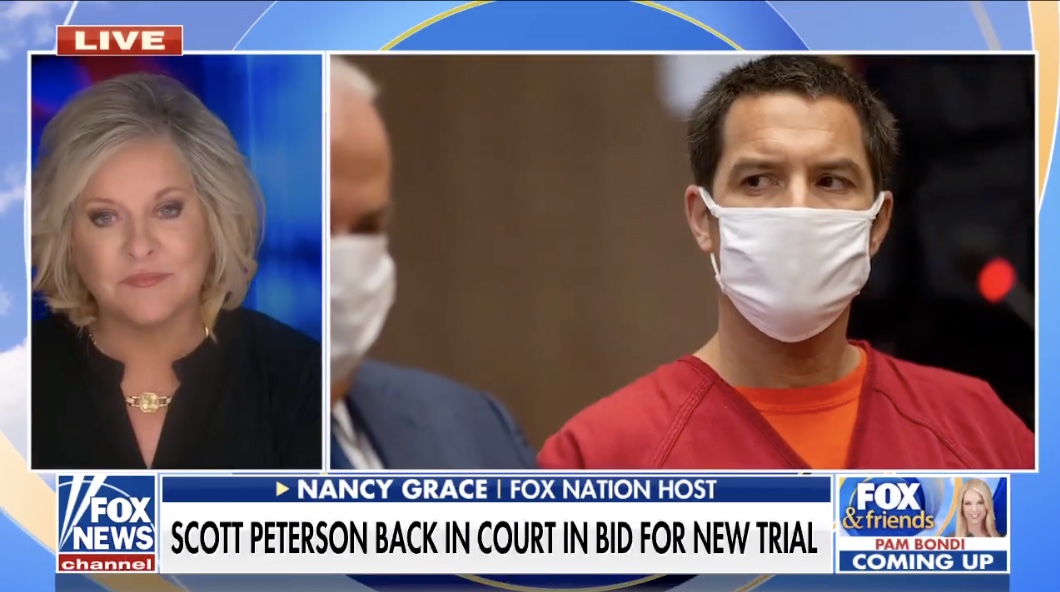 Scott Peterson: Defense Had Plenty of Time To Question Juror They Now Accuse of Misconduct

CrimeOnline’s Nancy Grace doesn’t think Scott Peterson’s claims of juror misconduct hold any water as the convicted killer of his wife Lacy Peterson and their unborn baby tries to get a new trial.

Grace told Fox News that the defense’s claims that a juror “lied about being a victim of domestic abuse and that she wanted fame and fortune” are another example of Peterson claiming “poor, poor pitiful me.”

“She was an alternate, and she ultimately made her way onto the jury,” Grace said. But a 23-page juror questionnaire with more than 200 questions and the opportunity to cross examine potential jurors gave the defense plenty of opportunity to suss out any problems.

The juror in question, Grace said, got a TRO “years before against her boyfriend’s ex-girlfriend and did not equate that with a lawsuit, which was the question on the questionnaire.”

And besides, Grace said, all signs point to Peterson’s guilt.

“Let me remind everybody Scott Peterson placed himself at the crime scene the day of the murder,” she said.”He kept going back to sf to see if the bodies washed up.”

And he told his new girlfriend “this would be his first Christmas as a widow. Guilty or clairvoyant? I go with guilty.”