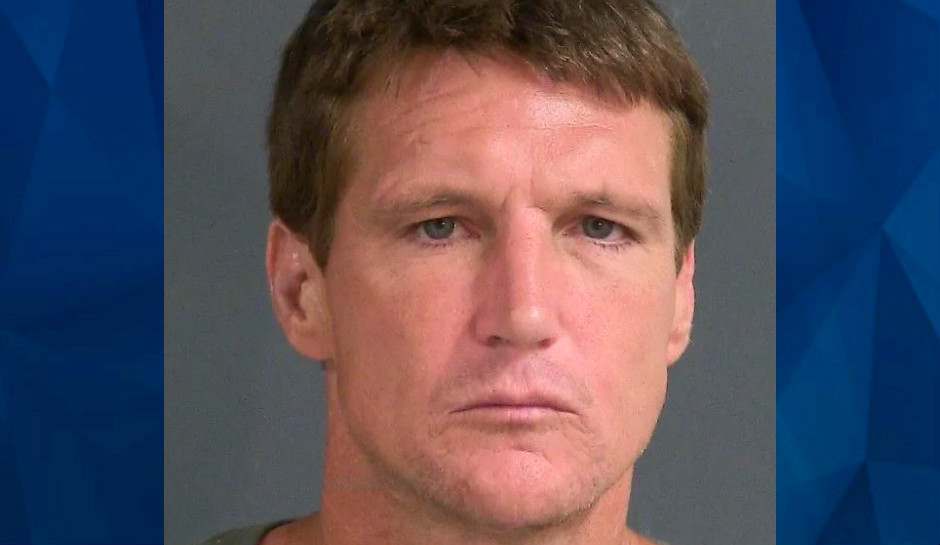 A man with a hatchet allegedly attacked a South Carolina couple on Thursday, killing one, and is now suspected of two other attacks the day before.

According to the Charleston Post and Courier, Theodore Thomas Wagner Jr, 42, was arrested Friday and charged with one count of murder, two counts of attempted murder, and one count each of possessing a weapon during a violent crime and assault.

Charleston police said that Wagner attacked a couple living in a tent in a wooded area off a Walmart parking lot in James Island Thursday evening, killing 36-year-0ld Sean Strojny and wounding a 34-year-old woman. A day earlier, police said, he entered the outdoor patio of a popular eatery on Folly Beach and stabbed man in the neck with a pocket knife before he “casually” walked away, according to arrest affidavits.

That victim survived. Near the same time, Wagner punched a man with a closed fist outside the restroom at Folly River Park, about a seven minute walk from the restaurant. Affidavits say he ran off when another pedestrian approached.

Wagner also reportedly had some kind of an encounter with Charleston police on Tuesday, the Post and Courier said.

The deadly encounter on Thursday began around 8 p.m. when police responded to a report of an ongoing assault, affidavits said. They located the woman, with a serious cut on her upper arm, who told them that she and her boyfriend, Strojny, were sleeping in their tent when a man approached and asked for a cigarette. Without waiting for an answer, the woman said, he “shredded the tent” and attacked the couple. The woman ran to the nearby parking lot screaming for help, and a witness called police.

The attacker, identified as Wagner, “emerged from the woods, stood facing them silent for several seconds, then turned around, and went back into the woods,” the affidavit said.

The woman victim told police Wagner had approached them several hours earlier and asked them about a nearby tent. They told him it belonged to them but let him use it during a storm that passed through.

Police launched a search for Storjny and came across the shredded tent with blood smeared on it. They found Strojny at the end of a 40-yard blood trail with “multiple wounds to his head … inflicted by a weapon with a large sharp blade,” according to the affidavit. Investigators found a hatchet with fresh blood and hair on the blade nearby. Strojny was pronounced dead at the scene.

Inside the tent Wagner had used they found packaging materials for a hatchet, a box cutter, and a flashlight.

Wagner was taken into custody by a Charleston County sheriff’s deputy a few hours later. They found the box cutter, matching the materials found in the tend, in his backpack.

The surviving victim identified Wagner as the attacker from a photo lineup.