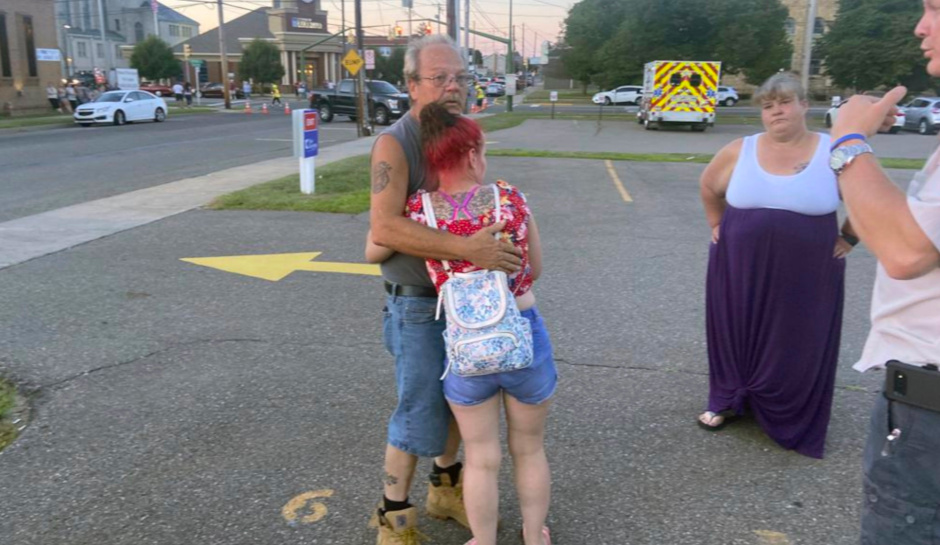 Update: Man Who Drove Through Fire Victims’ Fundraiser Later Beat His Mother to Death With Hammer

One person was killed when Adrian Oswaldo Sura Reyes allegedly drove through the benefit in Berwick, Pennsylvania, and 17 were injured.

A Pennsylvania man who drove through a crowd Saturday, killing one person and injuring 17 others, then drove across the river and bludgeoned his mother to death.

Adrian Oswaldo Sura Reyes, 24, allegedly drove through the crowd attending a benefit in Berwick for the victims of a house fire earlier this month, as CrimeOnline previously reported.

The Baker family lost 10 members, ranging in age from 5 to 79 in the August 5 fire in Nescopeck, just across the Susquehanna River from Berwick. Three adults escaped the blaze.

The Intoxicology Department Bar & Restaurant was hosting the outdoor benefit for the family.

Police said that after Reyes drove through the benefit crowd, he headed across the river to Nescopeck, where he rammed his mother and then beat her with a hammer. The Luzerne County Coroner’s Office identified her on Sunday as 56-year-old Rosa D. Reyes, the Washington Post said. She was pronounced dead at the scene.

The victims of the car crash in Berwick have not yet been identified. Matt Mattei, spokesman for the Geisinger Medical Center, said the facility treated 15 patients at several of its locations. Eight were still hospitalized on Sunday at the Danville location, five in critical condition and three in fair condition. Four others were treated and released, the Post said.

The Intoxicology Department announced that it would be “closed until further notice” in a post on its Facebook page.

Sura Reyes was arraigned on two counts of criminal homicide, the Post said.

[Featured image: Volunteer firefighter Harold Baker is comforted after the benefit crash in Berwick. Baker responded to the Nescopeck fire on August 5 that killed 10 members of his family. (Bob Kalinowski/The Citizens’ Voice via AP)]