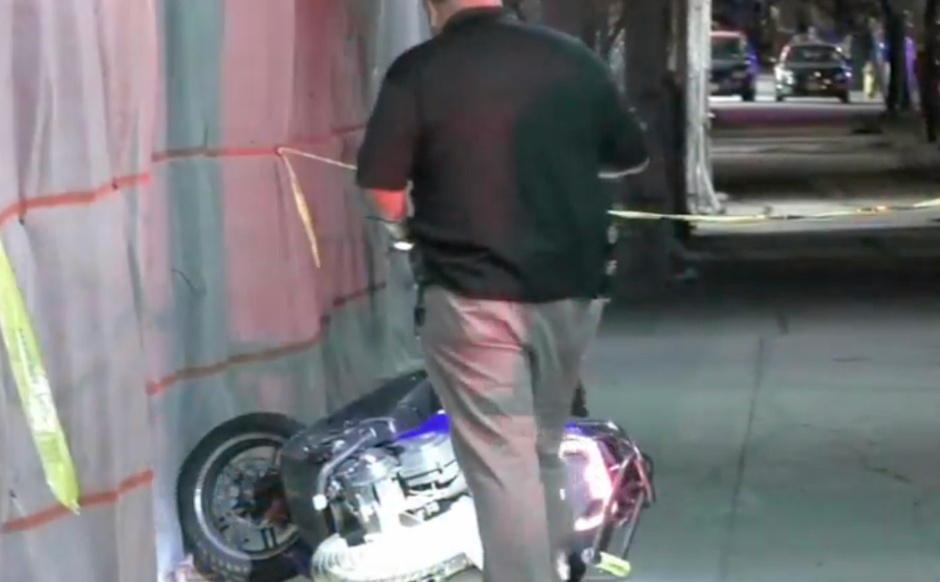 A 4-year-old boy was killed Sunday night when the motorized scooter he was riding was struck by a car.

Investigators say Mario Rosario was on the scooter with his father when the Toyota sedan struck as both vehicles were turning, WABC reported.

William Baez, the 52-year-old driver of the sedan, was charged with driving with a suspended license. The boy’s father, 24-year-old Mario Rosaria, was charged with endangering the welfare of a child and criminal possession of stolen property, police said.

It’s not clear what stolen property the father possessed. Police said they found a helmet by the scooter after the crash, but it was too large for a child.

The younger Mario had head injuries and was pronounced dead at St. Barnabas Hospital.

Baez’s brother-in-law told WABC that Baez said “he just made a turn and he didn’t see, unfortunately, he didn’t see the bike.”