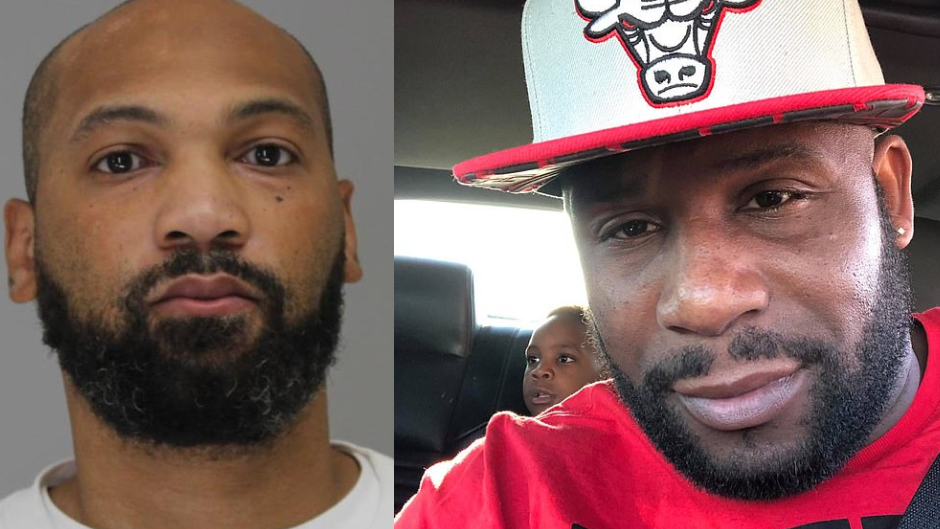 GRAPHIC: Brother of ex-NFL Star Turns Himself In After Youth Coach’s Shooting Death

The brother of ex-Tampa Bay Buccaneers cornerback Aqib Talib turned himself in on Monday in connection with Saturday’s shooting in Texas that left a man dead.

Yaqub Talib, 39, was identified as a suspect in the fatal shooting of Mike Hickmon, 43, at the Lancaster Community Park amid a dispute among coaching staff and officiating crew. WFAA reported that Hickmon, coach of youth football team D.E.A. Dragons, was killed after a physical altercation transpired between the coaches — which escalated when someone involved opened fire.

It is not immediately clear how exactly Yaqub is involved in Hickmon’s shooting death.

The team’s owner, Tevar Watson, told WFAA that about 80 children were in the vicinity when the shooting occurred. Meanwhile, the team’s president, Mike Freeman, said the altercation occurred when Hickmon went to retrieve a football and someone kicked it away.

Aqib and Yaqub are reportedly both coaches on the North Dallas United Bobcats, which is the other team that was playing on Saturday. Witnesses said Yaqub is seen in a video showing the deadly shooting, according to TMZ.

Aqib’s attorney told TMZ, “Aqib was present when this unfortunate incident occurred and is very distraught and devastated over this terrible loss of life. He would like to convey his condolences to the family of the victim and to everyone who witnessed this unfortunate tragedy.”