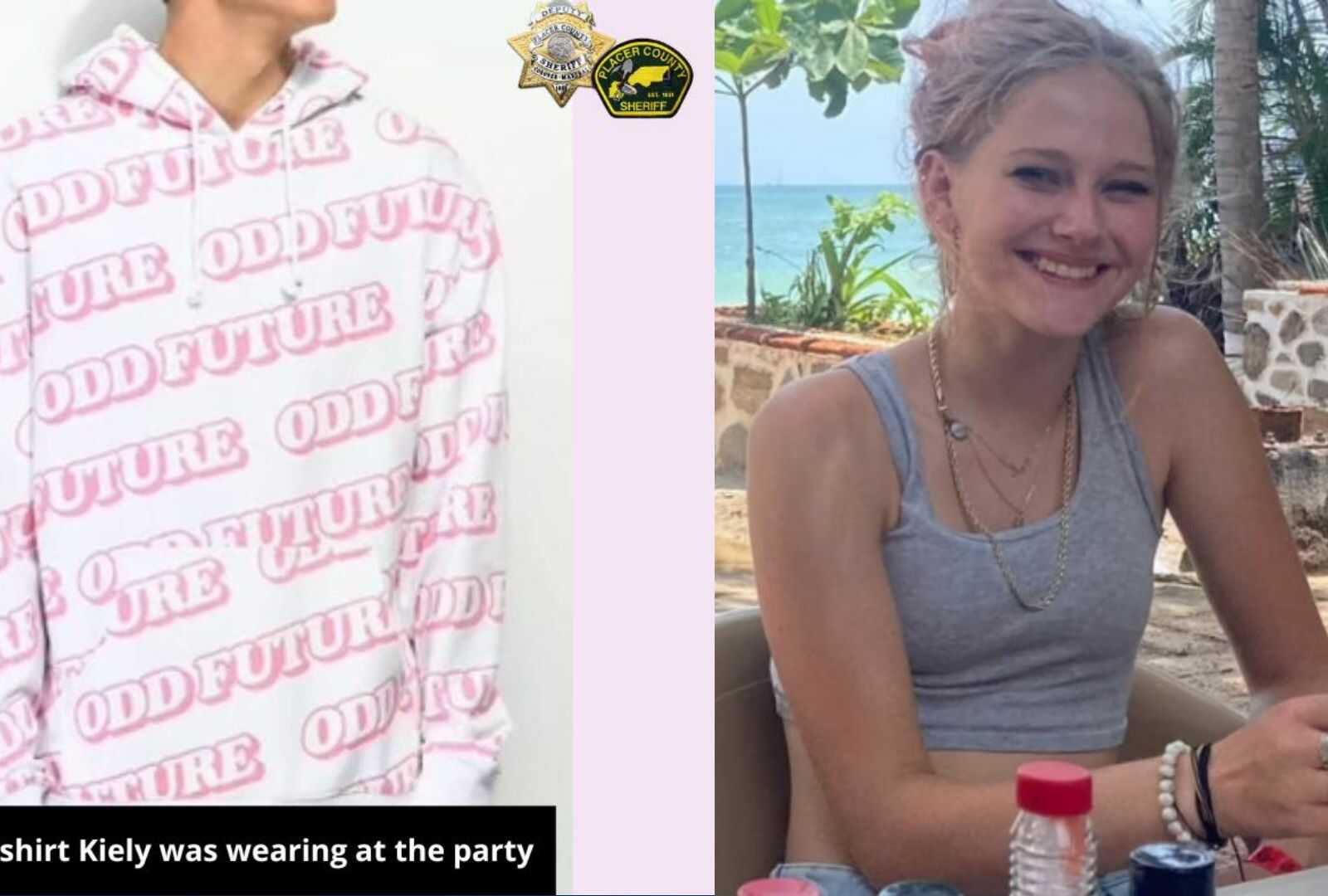 Missing California teen Kiely Rodni is believed to have been wearing a white and pink sweatshirt within hours of her disappearance from a campground earlier this month, KOVR-TV reports.

On Sunday, the Placer County Sheriff’s Office distributed a photograph of a hoodie that authorities believe Rodni was wearing on the evening she vanished.

The hoodie is white and has pink lettering that reads “Odd Future.”

Last week, police said Rodni had also borrowed another hoodie during a party with the lyrics “You don’t want to be forgotten, you just want to disappear” on it. The lyrics are from a Lana Del Ray song.

It is not known whether Rodni was wearing either pieces of clothing at the time she went missing, but investigators believe she was wearing the “Odd Future” hoodie at the party hours earlier based on a video from the gathering.

The 16-year-old has not been seen since she attended the party near the Prosser Family Campground in Truckee, California, on August 6.

Authorities are investigating the case as a possible abduction because the teen’s vehicle, a silver 2013 Honda CRV, is also missing.

Police say the last known ping that came from Rodni’s cell phone was logged at about 12:30 a.m. August 6. The teen had reportedly texted her mom that she would be coming home, and the ping was near Prosser Lake, which is next to the campgrounds.

“The ping for the data points was near the water. It’s hard to tell an exact pinpoint,” Captain Sam Brown of the Nevada County Sheriff’s Office said at a press conference on Saturday, according to SFGate. “Just as much on land as it was on water.”

Rodni’s friend, 18-year-old Samantha Smith, reportedly spoke with Rodni at 12:36 a.m. and then Rodni’s phone is believed to have been turned off.

“At 12.36am she called me . . . and this is the last call anybody had with her. We said: ‘Love you, good night. Get home safe,’ and that’s the last thing we heard of her,” Smith told the Independent newspaper.

Witnesses report that Rodni was quite intoxicated at the party, which allegedly included alcohol and marijuana, the Daily Mail reports.

On Friday, crews were digging at what they described as a “potential burial site,” but the effort proved fruitless.

Rodni’s mother, Lindsey Rodni-Nieman, is pleading for information about her daughter and is urging anyone who might have seen something or who knows something to come forward.

“We just want her home, we’re so scared, we miss her so much,” Rodni-Nieman said in a video posted online, according to the Sierra Sun newspaper. “And Kiely, we love you so much and if you’re seeing this, please just come home. I want nothing more than to hug you.”

To report information about Rodni, call the Placer County Sheriff’s Office at 530-886-5375.