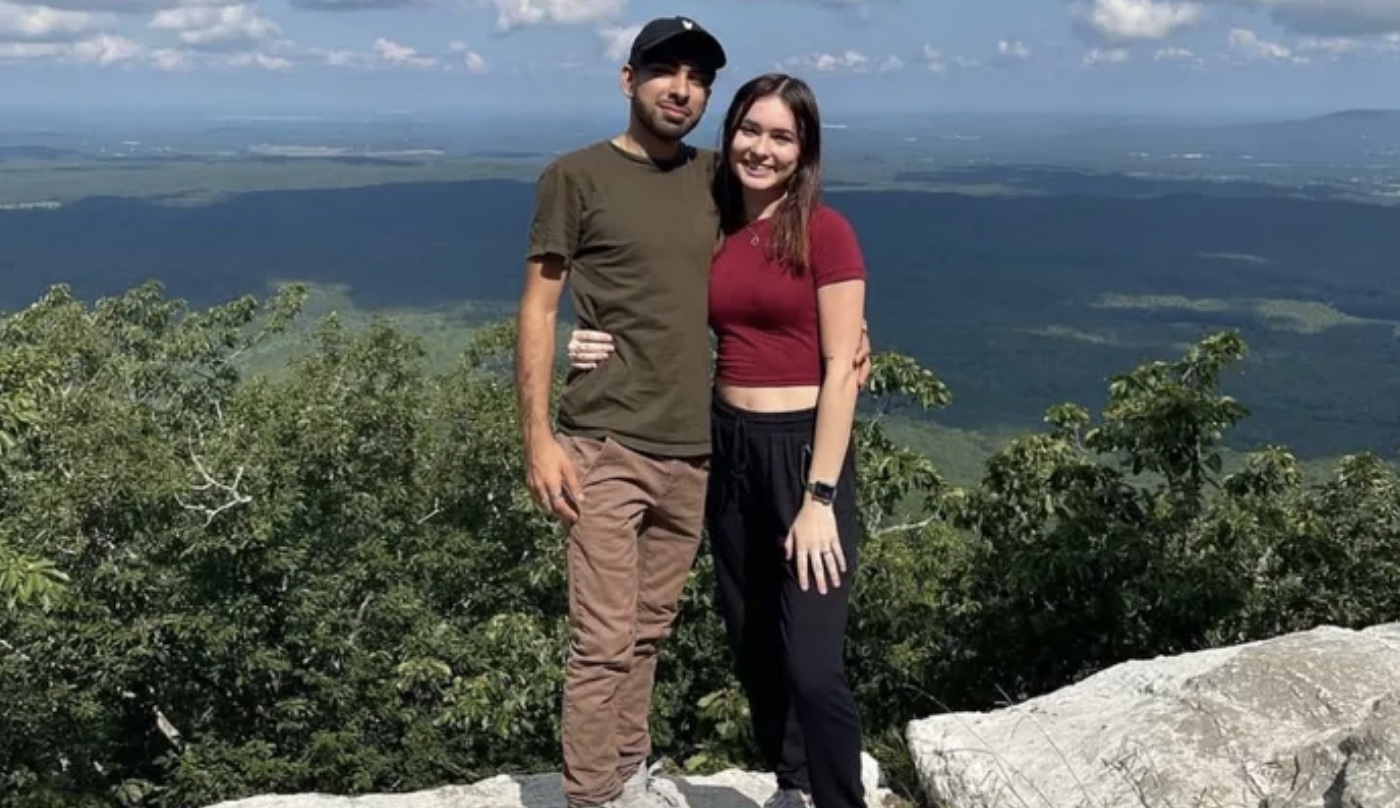 A Florida man was killed Sunday in an attempted robbery while he and his girlfriend were visiting Alabama’s Talladega National Forest before they returned to college.

Adam Simjee, 22, and Mikayla Paulus, 20 — both University of Central Florida students — had been driving and hiking hear Cheaha Mountain when they were flagged down by a woman, identified as Yasmine Hider, who said she was having car trouble, the Clay County Sheriff’s Office said.

“When the couple attempted to assist Hider, she produced a gun and made the couple walk back into the woods,” the sheriff’s office said.

Simjee apparently pulled out his own handgun, and he and Hider exchanged gunfire, with both struck by gunshots. Paulus noticed a second woman standing off in the woods, deputies said, and called to her to help. She spoke briefly with Hider then fled on foot.

Paulus retrieved her cell phone and called 911 and tried to assist Simjee, who had been shot in the back.

Responding deputies found Paulus at about 11:30 a.m. performing CPR on Simjee. Medical personnel took over but were unable to revive him, and he was pronounced dead at the scene.

Hider was found lying nearby with multiple gunshots to the torso. She was flown to a hospital in Birmingham for surgery.

Investigators launched a search for the second woman, who was later identified as Krystal Pinkins.

“Over the next several hours sheriff deputies received information that there ‘May Be’ a group of people ‘living off the grid’ somewhere in the National Forest,” the sheriff’s office said. “This group of people were reported to be armed and potentially violent.”

With the assistance of a dog tracking team from the Alabama Department of Corrections, deputies located a group of tents about a 1/2 mile from the scene of the robbery. Seeing a woman standing nearby, they ordered her to the ground. Before she could comply, however, a 5-year-old boy ran out of the woods holding what was later determined to be a loaded shotgun. Officers ordered the boy to put the gun down, but he continued to where the woman was standing before setting  it on the ground. He was later identified as Pinkins’s son.

The woman — Pinkins — was arrested and charged with endangering the welfare of a child. No other people were present at the encampment, and the boy was taken into custody by the Department of Human Resources.

After further investigation, Pinkins was charged with one count of murder and two counts each of kidnapping and robbery. Warrants were secured for Hider on the same charges and will be served when she has recovered from surgery. She is under the observation of deputies, the sheriff’s office said.

Both Simjee’s and Hider’s weapons were recovered.

Paulus, who was not physically hurt in the incident, said that Simjee “was the best man I could have ever imagined” and that he died saving her life, according to WKMG. He was a “proud 2nd Amendment supporter” and saving his girlfriend’s life, even if he died doing it, “is exactly why he supported the right to own a gun.”