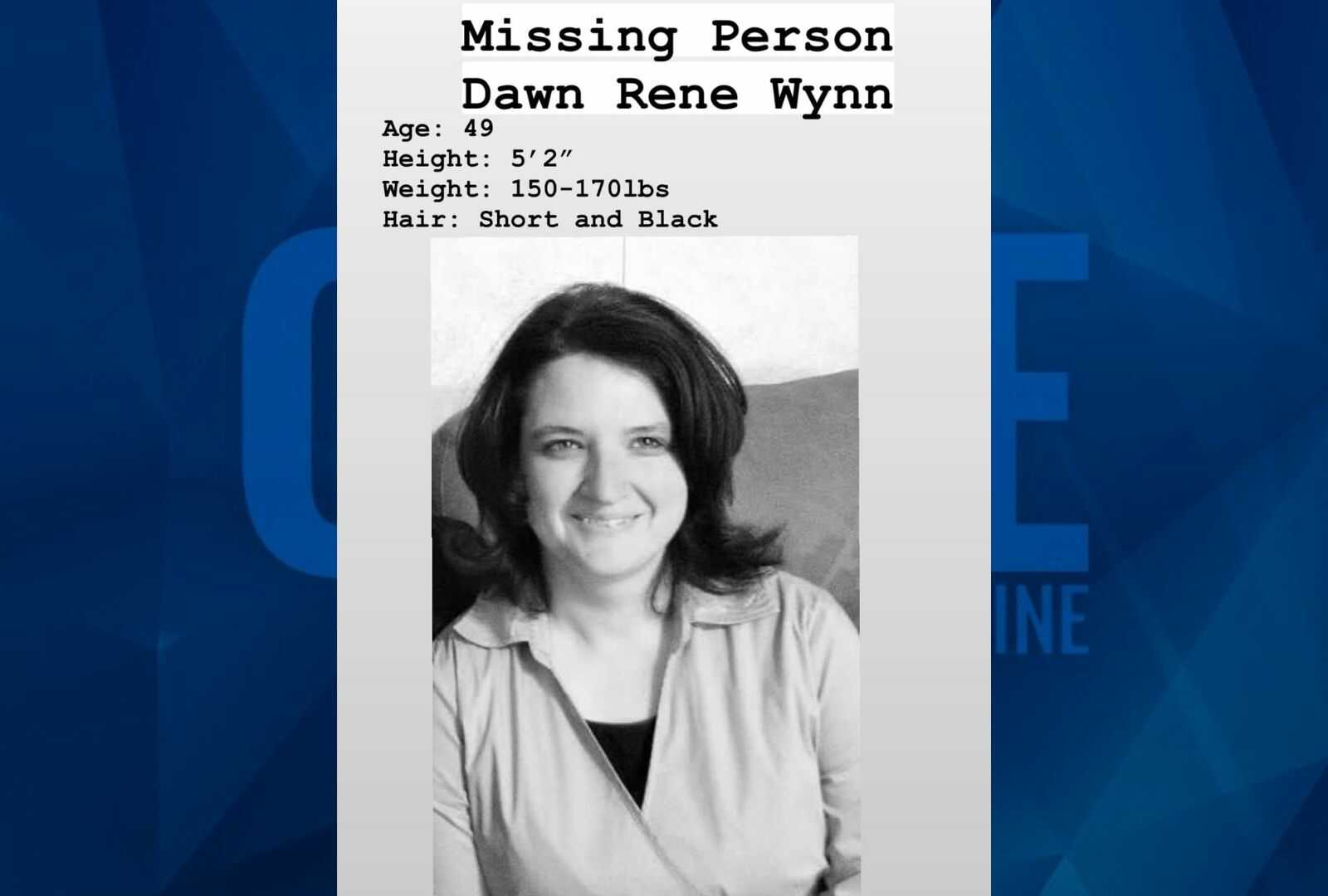 A woman accused of fatally shooting her husband in Missouri has gone missing, prompting authorities to urge caution if anyone encounters her, KOAM-TV reports.

On Sunday, law enforcement issued an alert about 49-year-old Dawn Rene Wynn, who disappeared as she was awaiting trial in the killing of her husband, 51-year-old Harold Lee Wynn.

Dawn Wynn was supposed to be staying at her mother’s home in Pea Ridge, Arkansas, while her case was pending.

However, Wynn reportedly left a note and then vanished.

“Please be on the lookout for Dawn Wynn,” McDonald County Sheriff Rob Evenson wrote in a Facebook post. “Due to a recent Missouri Supreme Court ruling, over objections from the prosecuting attorney, Wynn was out on bond and on pre-trial release where she had to check in by telephone. She is accused of murder and armed criminal action stemming from the shooting of her husband. She should be considered dangerous and could be armed.”

Wynn may be a possible danger to herself. She was last seen near Jennifer Lane in Pea Ridge, Arkansas, and could be making her way to northeast Oklahoma or southwest Missouri, including the city of Joplin, Missouri.

“Exercise caution and do not approach!” Evenson wrote in the statement.

The charges against Wynn stem from a report of a shooting on November 16 in McDonald County, Missouri, which borders Arkansas. Deputies found Harold Wynn deceased with an apparent gunshot wound to his head.

Dawn Wynn told investigators that she was sleeping at the time and was facing her husband during the shooting. She said she then called 911 after seeing blood, according to KNWA-TV.

The couple’s two kids were sleeping in the home at the time.

However, prosecutors allege that Dawn Wynn shot her husband in the back of the head as he was sleeping. A .40-caliber semi-automatic pistol was found on the bed with a live round, even though Wynn told police she thought the gun was being stored in a bookcase.

Wynn is facing charges of second-degree murder and armed criminal action. She is described as 5-foot-2, about 150-170 pounds with short, black hair.

To report information about Wynn or her location, call the Benton County Sheriff’s Office at 479-273-5532.