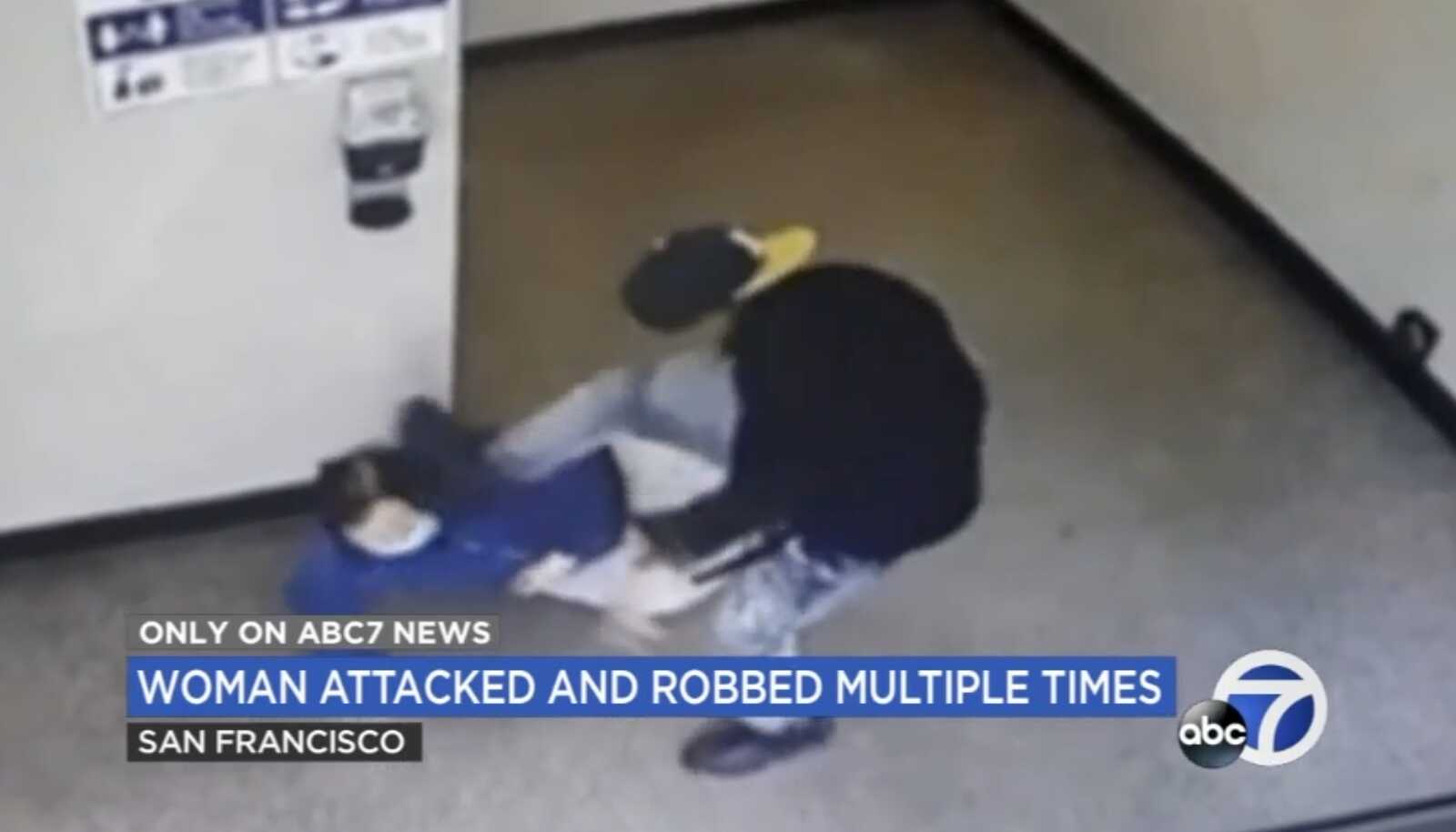 San Francisco police have arrested two suspects and charged them in the savage beating of a 70-year-old woman in the lobby of the building where she lives.

Milpitas Police located Moore, the 13-year-old, and the 11-year-old last Wednesday and arrested them on an unrelated issue. Moore was booked into the Santa Clara County Jail on the warrant from San Francisco Police. The younger teen was booked into Santa Clara County Juvenile Hall on the unrelated matter and will be transferred to Alameda County to be booked on the San Francisco warrant. The 11 year-old, too young to charge in the case, was transferred to the Alameda County Assessment Center.

The 14-year-old is still at large.

The victim, who identified herself as Mrs. Ren to KGO, said through an interpreter that July 31, the day of the incident, was one of the first days since the start of the COVID pandemic that she’d left her apartment.

She said the four young people approached her outside her building asked for the time. She told them it was 5 o’clock, and showed them her watch since she wasn’t sure they understood her. Then they followed her into the lobby.

“They search my body and I quickly realize they’re up to no good,” Mrs. Ren said.

The assailants realized she had an iPhone and began to demand it, but she refuses to give it up. Video from the housing complex shows the attackers follow Mrs. Ren into the elevator. They dragged her onto the floor and out of the elevator.

“They used their fist to hit my head multiple times and then they pulled me down and kept kicking me,” she said. The video shows that at one point, one of the attackers kicked her squarely in the face.

The attackers ran out, and Mrs Ren tries to hide in a hallway. But the assailants return before she can get the door closed and continued to hit and kick her.

Mrs Ren was treated at a hospital, and now she rests at home in bed, in extreme pain from the attack.

Mrs. Ren and her daughter, Mrs. Zheng, told KGO they’re both having trouble sleeping since the attack, but they were both resolute in telling the story.

“I want this story to come out so people know and so for other people to be aware to be safe,” Mrs. Zheng said.