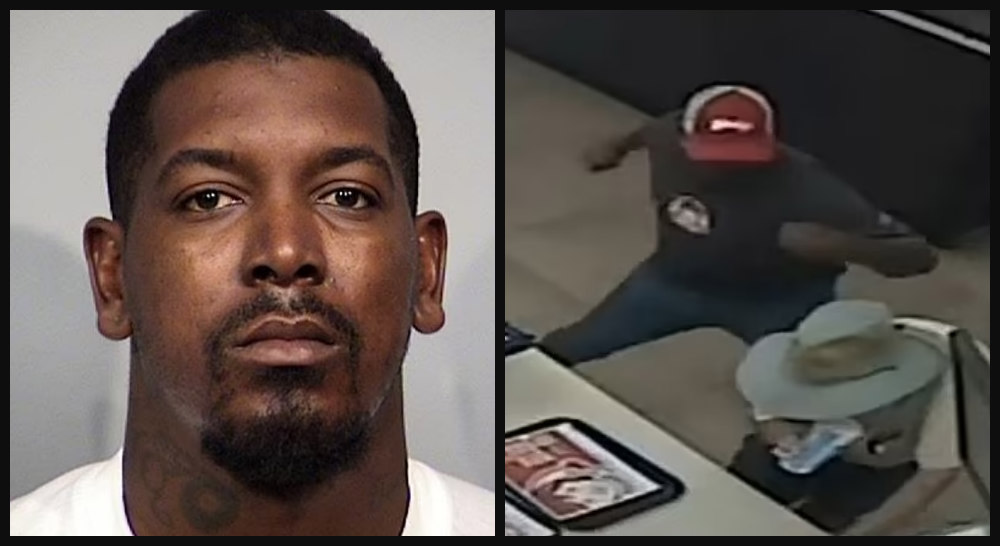 An Arizona fast-food worker who brutually punched an elderly customer has been charged with murder after the victim died, KNXV-TV reports.

Around 4:45 p.m. on July 26, police officers responded to a report of an injured person at a Wendy’s restaurant on Glassford Hill Road in Prescott Valley, Arizona.

Investigators determined that a 67-year-old customer had complained about his food order. In response, Wendy’s employee Antoine Kendrick allegedly came out from behind the counter and struck the man in the head, according to the television station, citing the Prescott Valley Police Department.

The customer fell and smashed his head against the restaurant’s floor, at which point he lost consciousness.

As Crime Online reported previously, video recorded from a security camera shows the victim hunched over the restaurant’s order counter, where he appears to be licking a Frosty frozen dairy dessert, according to KOLD-TV. The 35-year-old Kendrick then walks out from behind the counter, moves an arm back and punches the man. The victim appeared to have been taken off guard by the attack.

Kendrick appears to walk away after the punch and other Wendy’s employees can be seen emerging from the back into the camera’s view.

Medics rushed the man via helicopter to a hospital in the Phoenix area. He had been in critical condition before he tragically died on August 5 from the injuries, the Arizona Republic reports.

Police initially charged Kendrick with aggravated assault, which has been upgraded to second-degree murder following the man’s death.