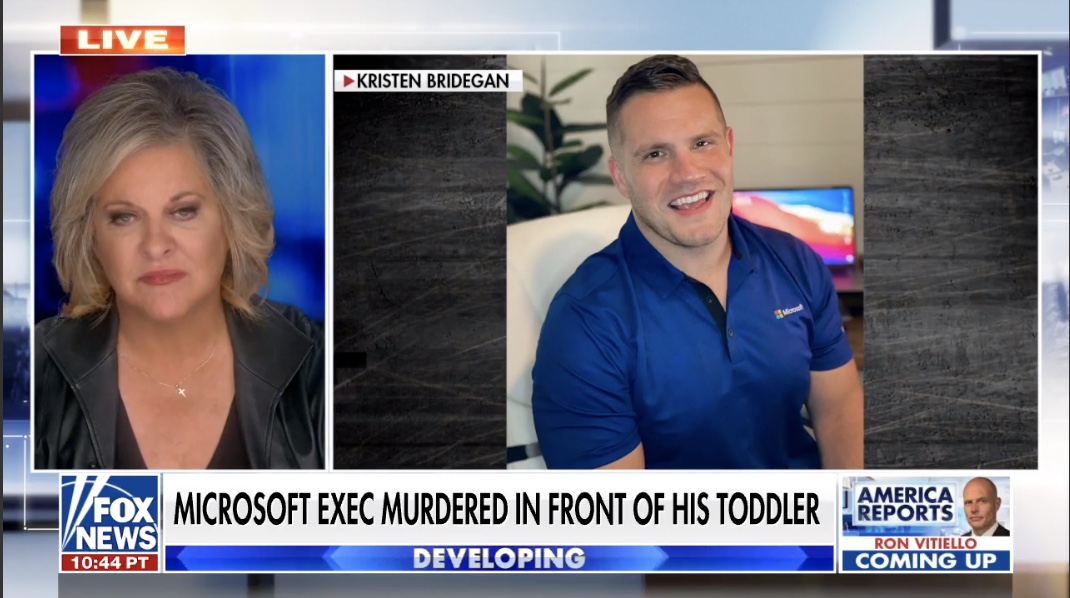 Word that a personal trainer has confirmed having an affair with the ex-wife of slain Microsoft executive Jared Bridegan — while they were still married — “means nothing to the prosecution of this case,” CrimeOnline’s Nancy Grace says.

Bridegan was ambushed and shot to death on February 16 just after dropping off the two children he had with Shanna Gardner-Fernandez at their mother’s home. Someone had put a tire in the road, and Bridegan stopped to move it. When he got out of the car, he was shot, his 2 1/2 year old daughter Bexley — with his second wife — watching from the back seat, as CrimeOnline has reported.

“Her mother tells me that she still says, ‘Boom boom Daddy on the ground,'” Grace told Fox News. “She has no father.”

As for Gardner-Fernandez’s alleged affair, Grace says that means “nothing to the prosecution of this case because it was years later that the murder occurs.”

And Gardner-Fernandez is “also saying she had nothing to do with the murder of her ex-husband, a father of four,” Grace added.

Grace also noted a Fox News report from earlier this summer that a tattoo artist had reported Gardner-Fernandez saying, when she went in for a body piercing in 2015, “that she wanted somebody to ‘shut him up,'” referring to Bridegan.

“I find that very probative in this case, because her husband — a father of four, let me add again, including two tots — was clearly ambushed and murdered as he left the ex’s home after a scheduled visit,” she said. “Who would know to ambush him on a fairly deserted road by obstructing it with a tire? He had to get out of the car to move the tire on the one way road.”

The only clue investigators have revealed is that a Ford F-150 pickup truck was seen in the area around the time of the shooting. Grace says detectives are likely checking doorbell cameras and surveillance footage from residences and businesses along the road.