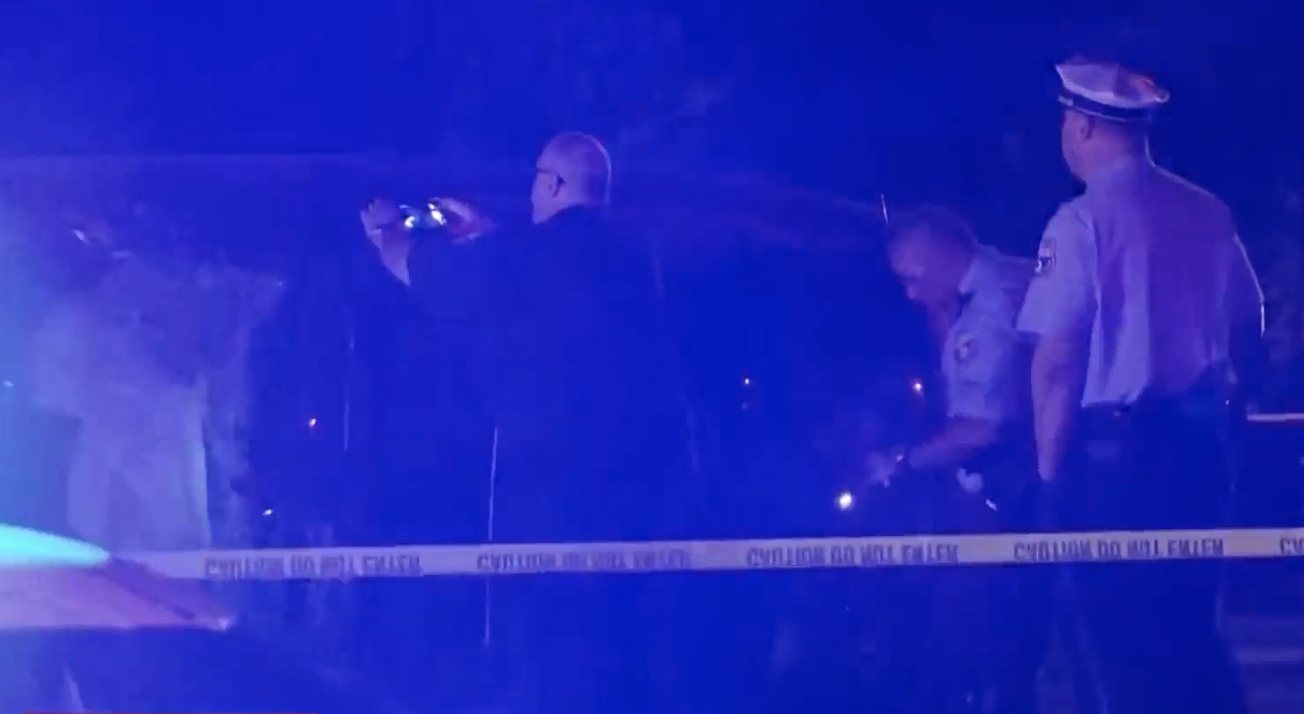 Driver Flees on Foot After Pulling Woman From Car Crash, Trying To Pry Off License Plate

Philadelphia police are looking for a man who crashed his car along Roosevelt Boulevard early Friday morning, killing his passenger, and then trying to rip the license plate from the wreck.

Witnesses told police they saw the Toyota Scion traveling southbound “at a high rate of speed” and “swerving all over the road” shortly before 3 a.m., Police Chief Inspector Scott Small told WCAU.

They said the vehicle jumped the media, slammed into a streetlight pole and ripped off its base, then flipped and landed on the driver’s side, according to Small.

The witnesses saw a man climb out of one of the vehicle’s windows and pull a woman out through the sunroof. After placing her next to the vehicle, he tried to pry off the license plate. When he was unable to do so, the witnesses said he crossed the northbound lanes of the road and fled on foot.

No other vehicles were involved in the crash.

Small said investigators found blood on the license plate, which was “completely bent up,” WPVI reported.

Officers arriving at the crash site less than 10 minutes later found the 35-year-old woman with head trauma. She was pronounced dead at the scene, according to WCAU.

Investigators found her identification inside the crashed vehicle. Identification for a man was also inside, but it’s not clear if it belonged to the man who was driving.

“We do know there’s some speed cameras in the area along Roosevelt Boulevard, so hopefully these cameras and other cameras — as well as witness accounts — can help us identify who was driving this vehicle,” he said.