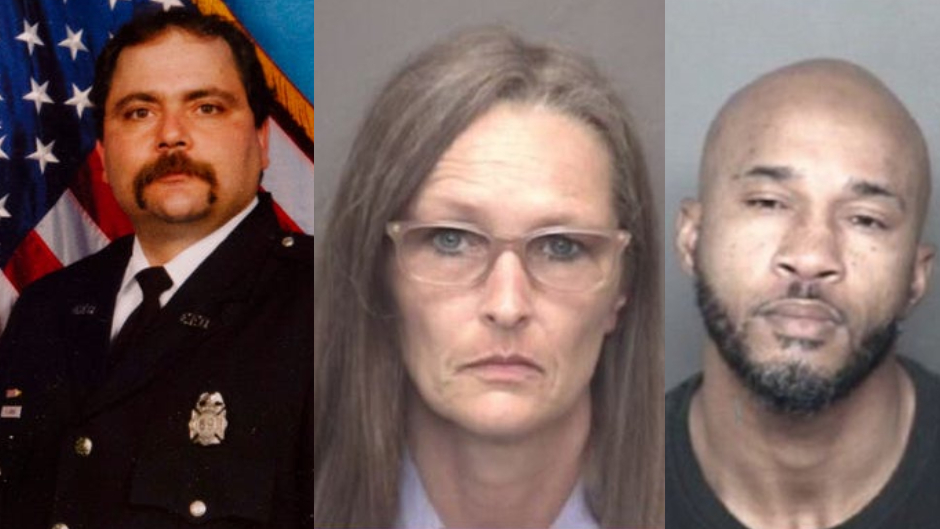 On Thursday, authorities charged an Indiana woman and her lover with killing the woman’s husband in 2019.

Larry Richmond Sr., 41, and Elizabeth Fox-Doerr, 50, who are both already jailed, are accused of fatally shooting Evansville firefighter Robert Doerr, 51, outside his home on February 26, 2019. The Evansville Courier & Press reported that Doerr was shot three times in his driveway after finishing a 12-hour shift at the fire department. His wife called 911.

Shortly after her husband’s murder, Fox-Doerr was arrested for obstruction of justice and false informing charges. She was originally accused of deleting a call she placed on her phone the night her husband was killed. However, the charge was dropped.

During a police interview, Fox-Doerr allegedly said she deleted a call between her and Richmond because she knew he “knew he had been in trouble before.” She also claimed she did not want authorities to believe she was having an affair with him, WEHT reported.

According to WTHR, Richmond served 22 years for murder and was released from prison in 2018. Richmond was named a person of interest in Doerr’s slaying in 2020.

At some point, police discovered a letter Doerr wrote to his wife regarding her alleged infidelity. WEHT reported that Richmond’s son said his father admitted to having an affair with Doerr-Fox and that he saw the pair kissing in his car.

According to the Evansville Courier & Press, Richmond’s son informed authorities in 2019 that Richmond sent him and his mother letters in which he said, “if the gun he stole ever pops up they will be trying to charge him with murder or accessory to murder.” An inmate allegedly also revealed that Richmond told him about Doerr’s murder multiple times.

Doerr-Fox and Richmond are charged with murder and conspiracy to commit murder.