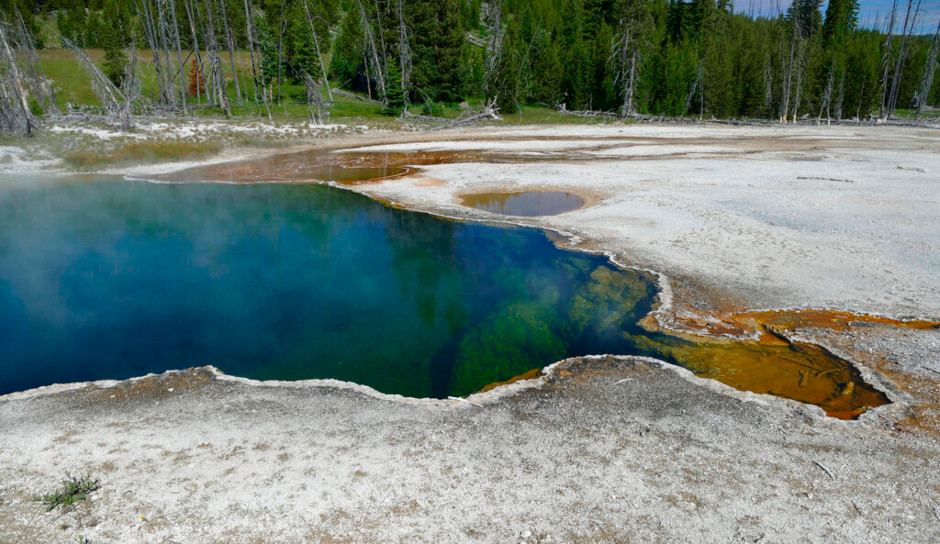 Foot Found Floating in a Shoe in Yellowstone National Park

A park employee on Tuesday found a shoe containing part of a foot floating in a hot spring in the southern part of Yellowstone National Park.

The grim discovery was made at Abyss Pool, one of several springs in the West Thumb Geyser Basin, just off the West Thumb of Yellowstone Lake, CBS News reported.

Officials closed the basin and its parking lot temporarily.

The park had no further information to make public about the investigation, park spokesperson Morgan Warthin said.

Abyss Pool is 53 feet deep, and its temperature holds steady at about 140 degrees, park officials said.

The park’s website says that in hot springs like Abyss, the hot water cools as it reaches the surface and sinks below hotter water that’s rising, providing a circulation that keeps the water too cool to erupt like the multiple geysers in the park.

Abyss, however, erupted for the first time in its recorded history in August 1987, then several more times between September 1991 and June 1992. One of those eruptions reached 100 feet high. The spring has not erupted again since 1992.